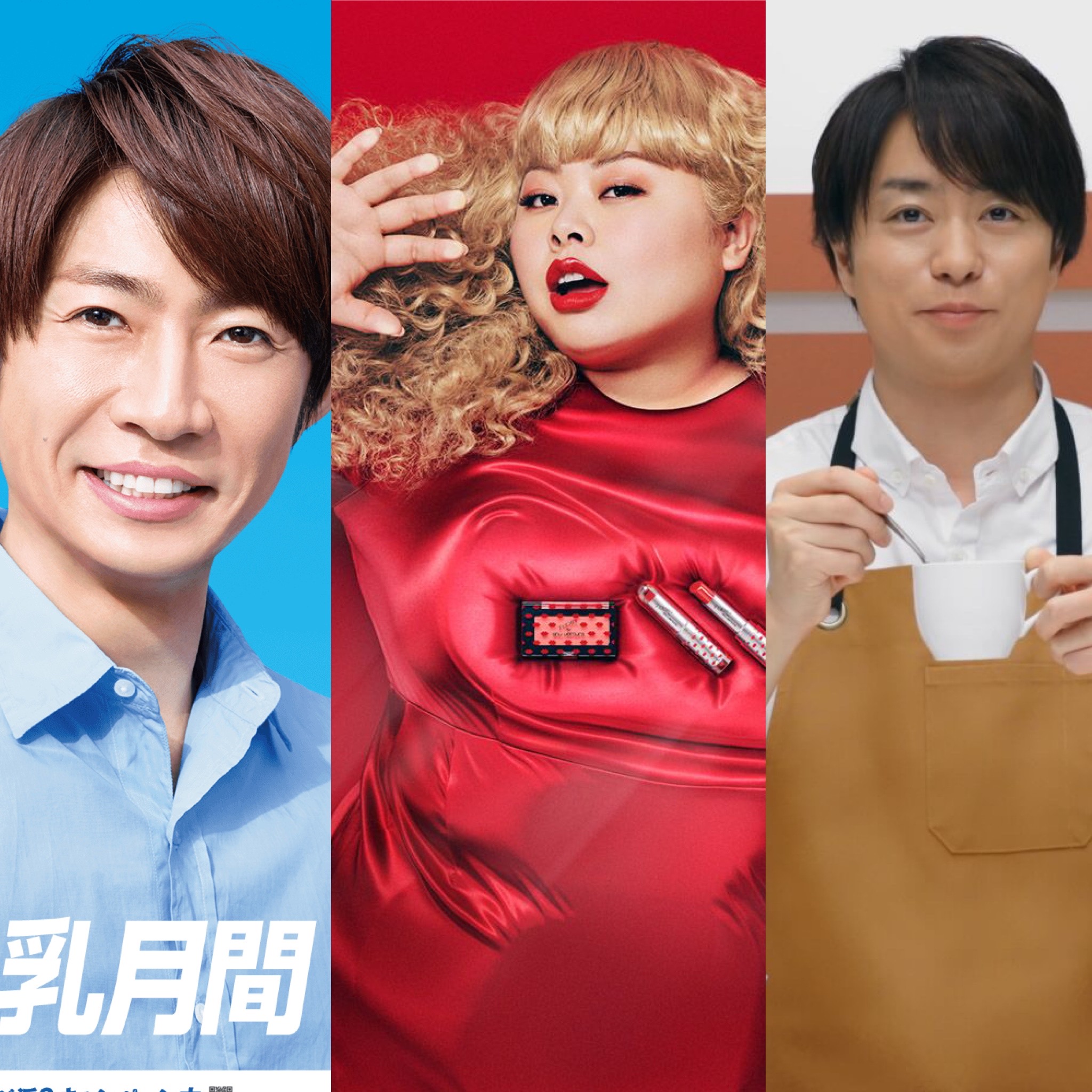 The annual CM Queen and King ranking has been released for 2019. This survey monitors and tallies up all of the CM appearances made by talents throughout the year.

For male talent side there’s gonna need to be some crown sharing, as 4 people took the top spot representing 10 companies each. Arashi members Masaki Aiba and Sho Sakurai took the top spot, along with the comedy duo Sandwich Man.

For the girls comedian Naomi Watanabe took the crown with a massive 16 companies represented. Watanabe showed her versatility by appearing in a wide variety of CM genres such as food, beauty, cars, and even insurance.

Masaki and Sho both placed first before, with Masaki last achieving it back in 2016, and Sho in 2014. Two other Arashi members made the list, with Kazunari Ninomiya placing in 2nd (9 companies) and Jun Matsumoto in 3rd (9 companies). Top actors Takumi Saitoh, Kento Kaku, Kei Tanaka, and Issei Takahashi also did well this year.

On the female side Nogizaka46 members Asuka Saito and Mai Shirashi took second place, sharing the spot with actresses Suzu Hirose and Kasumi Arimura. They each appeared in 12 CMs for various companies this year.

Haruka Ayase, Naomi Osaka, Rola, and Tao Tsuchiya also had a strong showing this year. Overall female talents dominated CMs this year, as previously mentioned 3rd place in the male division starred in CMs for 8 different companies, while on the female side 5th place starred in 9 companies.

Check out the full rank below: