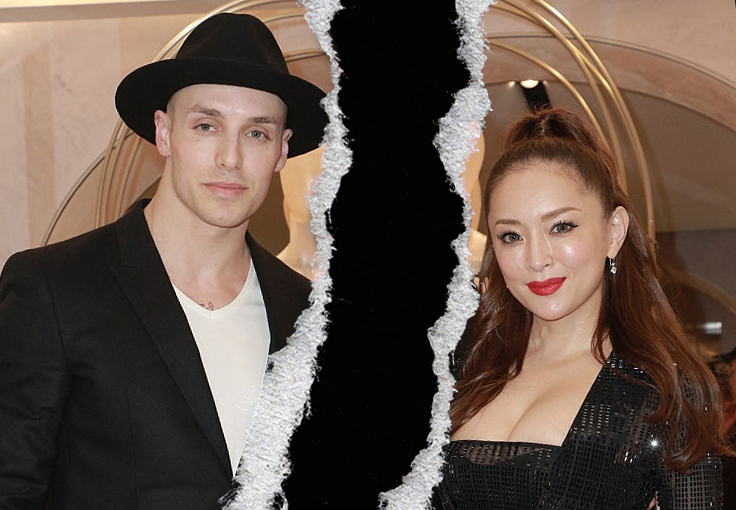 Pop chanteuse Ayumi Hamasaki took to her official Team Ayu blog today to announce her separation with her second husband Tyson Bodkin after three years together.

Today, there’s something I need to tell you all.

My partner, the man who walked this road with me together for three years, and I have decided to part ways. He is walking his own path, and I will walk mine.

As far as this announcement goes, I’m writing here because I wanted you to hear it from me first. For now, I’m focused on rehearsals for the TA tour and recording new songs and will keep on going!!!

Have a lovely Sunday.

Back in March 2014, Hamasaki revealed on her official fan club site TeamAyu that she had married Bodkin, a medical student at the University of California in Los Angeles.

They met in January 2013 while Hamasaki was in Los Angeles on vacation, and the couple announced their engagement by the end of that year.

Rumors about this divorce were inevitable and have been swirling around almost as soon as she announced her marriage. We previously reported about a post from Nikkon Sports back in October of last year when she updated her Twitter with a photo showing herself hugging a tall man who was thought to not have been her husband. The image was paired with cryptic hashtags: “#let’s forget something little by little“, “#let’s anticipate a new something“, “#bye bye my love” and “#hello my love” which further fueled these rumors.

Hamasaki herself explained on the same day, “Got nothing to report or whatsoever? I just used a social network during a fun night. It’s not as if anything sad has happened either. Even if, there just are such days. I’m human after all.” Queen of self promo, the hashtags turned out to be lyrics to her song “you & me,” though the relation between the image and words were still confusing and lead to her blocking fans that continued to question her.

This is Hamasaki’s second divorce—previously married to Austrian actor Manuel Schwarz, whom she met in August 2010 on the set of her music video for “Virgin Road.” They married in Las Vegas on New Year’s Day of 2011 and filed for a divorce after just one year of marriage. At the time, she said she felt uneasy being away from Japan in the aftermath of the March 11, 2011 disaster.