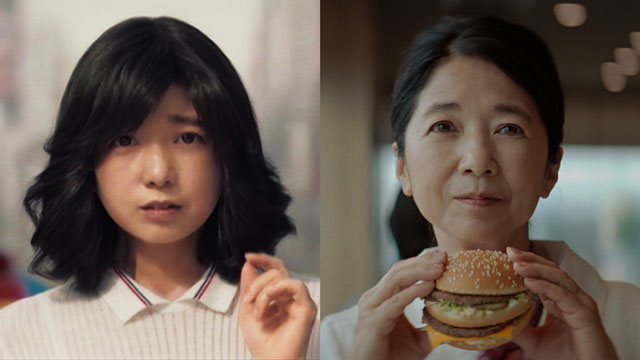 Just like many other food franchises, Japan has become renowned worldwide for it’s set of exclusive items which appear as limited edition seasonal items and on their standard menu. These include Teriyaki Burgers, Fries with Chocolate Sauce, Melon Fanta pop, and the Cheesecake McFlurry. When the first McDonalds opened in Japan however it just included the standard burger and fries.

The CM portrays the opening day of the first McDonalds which was in Ginza. Yoshiko is seen daydreaming about her youth where she went on a date at McDonalds, her daydream is interrupted by her grandson. The two are then eventually joined by her granddaughter and husband.