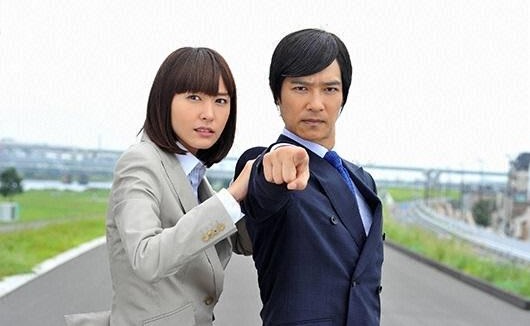 It was announced that Legal High, starring Masato Sakai and Yui Aragaki will be back as a Special. The Special of the popular comedy courtroom drama with an unconvential lawyer will be broadcasted on November 22, 9pm at Fuji TV. This time Kensuke Komikado (Sakai) and Machiko Mayuzumi (Aragaki) will be challenging a case of medical malpratice at a major general hospital.

The wife of a male patient who died in the hospital filed a suit and is seeking compensation. Komikado will serve as the defense. A new character, his rival, will be a lawyer named Kazuma Kujo representing the complainant and seeking a huge compensation from the hospital.

The regular cast of Katsuhisa Namase, Eiko Koike and Junnosuke Taguchi will also be appearing in the special. The cast for Kujo and others will be announced at a later date.