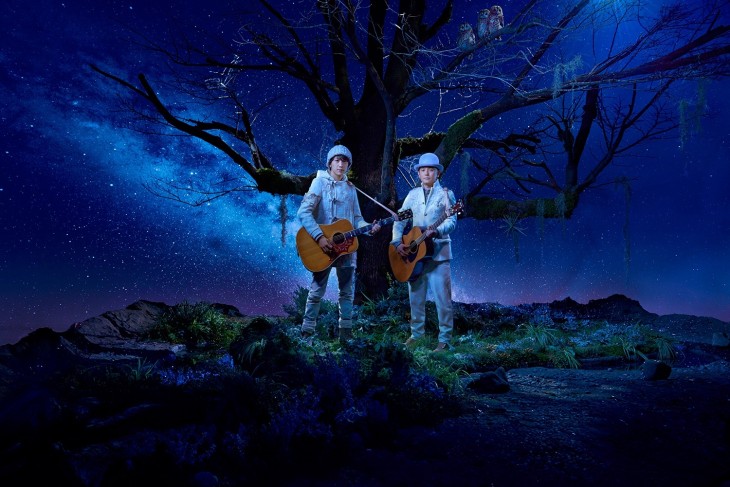 As we reported previously, folk-pop duo Yuzu will be performing the theme song for the latest movie in the long-running “Crayon Shin-chan” animated series.  Now the pair have announced that they will be releasing the song as a physical single on April 15th of this year.

“OLA!! / Pocket” will be Yuzu’s first single in one year and two months, since they released “Hikare” in February of 2014, and their first Double A-side single since the very successful “Ame Nochi Hallelujah / Mamotte Agetai” hit shelves back in November of 2013.  The release will come in two versions:  a Yuzu version which includes both tracks, and a Crayon Shin-chan version which will only include “OLA!!” and a special Yuzu x Crayon Shin-chan collaboration item (which will be revealed at a later date).

In addition to this announcement, the duo also published the PV for the latter A-side, “Pocket” to their official Youtube channel.  This visually striking music video was shot with the help of the MEGASTAR planetarium software, which allowed the pair to project images of a “magnificent starry sky” all around them.

You’ll find this very pretty PV right after the cut, and please look forward to the single’s release in April.