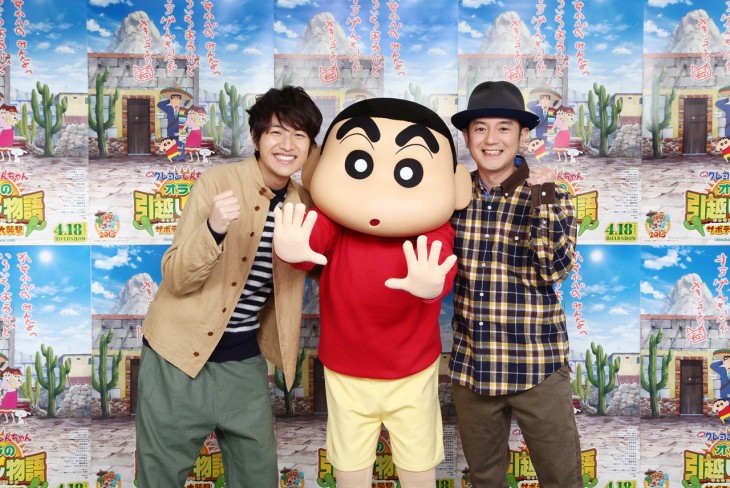 It has been announced that famous folk-pop/rock duo Yuzu will be in charge of the theme song for the latest movie in the “Crayon Shin-chan” series.  Titled “OLA!!”, the song was written especially for “Crayon Shin-chan Ora no Hikkoshi Monogatari ~Saboten Daisuugeki~” and has been described as a bright pop number with an encroaching hint of melancholy present just beneath the surface; the track will also involve many unconventional instruments such as the marimba, quena, fiddle, and maracas.

This will be the fourth time that Yuzu have provided a song for an animated motion picture, following “Doraemon:  Nobita and the Strange Wind Rider”, “Hunter x Hunter:  Phantom Rouge”, and “Hunter x Hunter:  The Last Mission”.  In addition, “OLA!!” will also be used as the new ending theme for the “Crayon Shin-chan” TV Series starting on February 6th.

“Crayon Shin-chan Ora no Hikkoshi Monogatari ~Saboten Daisuugeki~” isn’t set to release in theaters until April 18th of this year, so we’ll be sure to keep you posted with additional information about Yuzu’s theme as that date draws closer.