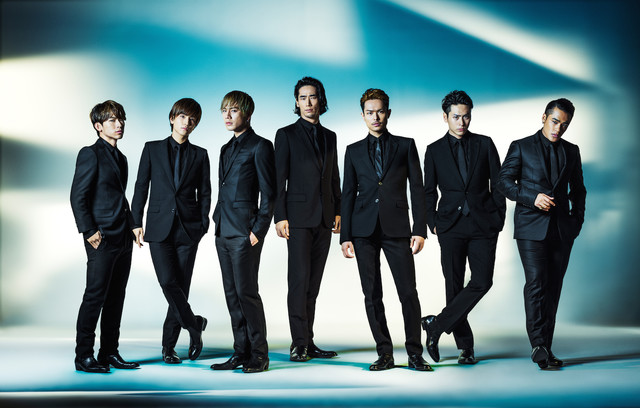 On March 30, Sandaime J Soul Brothers will release their new album, “THE JSB LEGACY.” The album will include the singles “starting over”, “STORM RIDERS”, “Summer Madness”, and “Unfair World.” It will also include the B-side “J.S.B. DREAM”, the sub-unit digital single “Share The Love”, as well as “Born in the EXILE”, the theme song of their new documentary, “Born in the EXILE ~Sandaime J Soul Brothers no Kiseki~.”

The album will come in 5 editions: CD+2DVD, CD+2Blu-ray, CD+DVD, CD+Blu-ray, and CD only. The video disc that comes the first 4 editions will contain various music videos that Sandaime J Soul Brothers has release this era, plus some new ones. The second video disc that comes with the first 2 editions will include footage from the group’s a-nation performance from last year in Osaka.

The copies of the album bought through the fan club store include life size posters of Sandaime J Soul Brothers. Copies bought at CD shops will come with calendar posters.

Check out the cover and provisional tracklist after the jump!