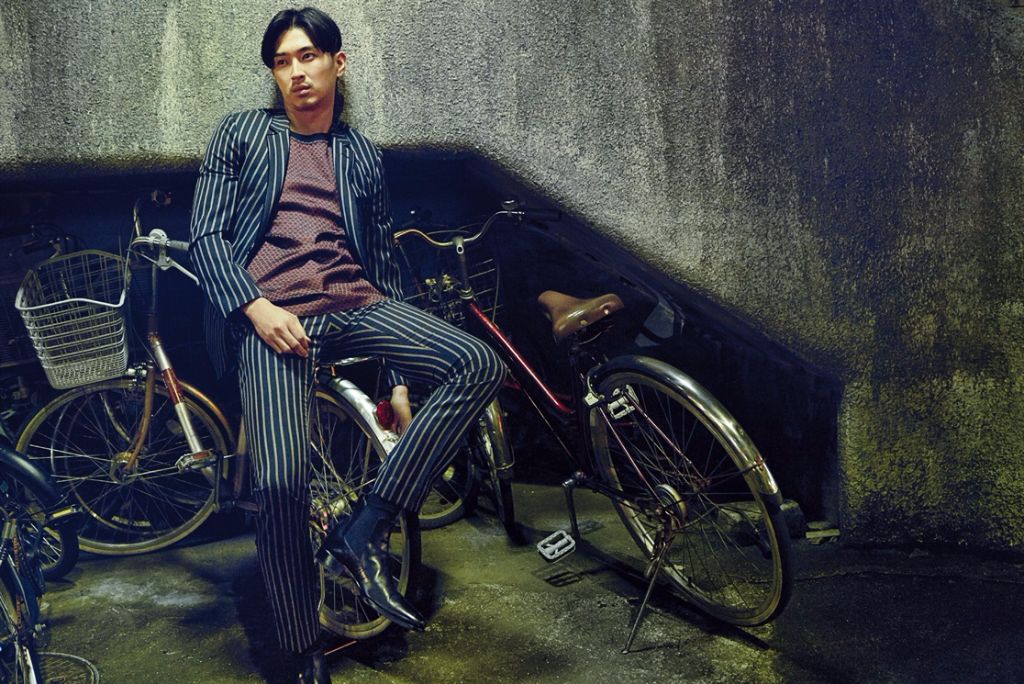 Shota Matsuda is featured in the new issue of L’Uomo Vogue, the male counterpart to the Italian edition of Vogue. The magazine gave an introduction of the actor to its readers, saying “Among the most promising Japanese movie actors at the international level, Shota Matsuda has acting running in the family: his mother Miyuki is a talented actress and his father, Yusaku Matsuda, was one of the first Japanese actors to step into Hollywood, becoming famous for his role as a cold-blooded Yakuza member in 1989’s “Black Rain”, directed by Ridley Scott and starring Michael Douglas and Andy Garcia. He has two older siblings, who, just like him, inherited their parents’ talent: Ryuhei, actor, and Yuki, main vocalist of electropop group Young Juvenile Youth.”

Shota spoke a bit about his recent film, “Initiation Love”, directed by Yukihiko Tsutsumi. He said the movie “is about the story of a man and a woman in their twenties, living in the 80s, just like when I was born. Therefore, coincidentally, I was their same age as well. All the music, fashion, and culture in the movie seemed very familiar and sort of funny; it was a time when the Japanese economy was in full bloom and Japanese people were much more energetic compared to today. The atmosphere of those years must have been incredibly unique all over the world. All the cultural aspects tied to those times are today still very relevant, although maybe a little bit too weird looking back.”

Currently living in Tokyo, he perceives Japanese culture in a very careful and open way. One of his most charming traits is his reacting to every stirring, naturally and intuitively. It must be the adult in him, influencing his adolescent status.

Shota spent his teenage days in the UK, but he didn’t have any knowledge of the language, but he was pretty capable at playing soccer. This attitude brought him to Italy, where he lived for a short amount of time.

Shota spoke of some of his influences in the interview. “During my teenage days, many movies stroke a chord, such as ‘Jackie Brown’ by Quentin Tarantino and ‘Fight Club’ by David Fincher. I also greatly admire Steven Klein, the photographer, who has always been a great source of inspiration for me.

Of his acting, he said “Our work must, yes, be entertaining, but at the same time, it shouldn’t mislead. I like the direct attitude of someone who tries to express their world vision in the most honest way possible.” 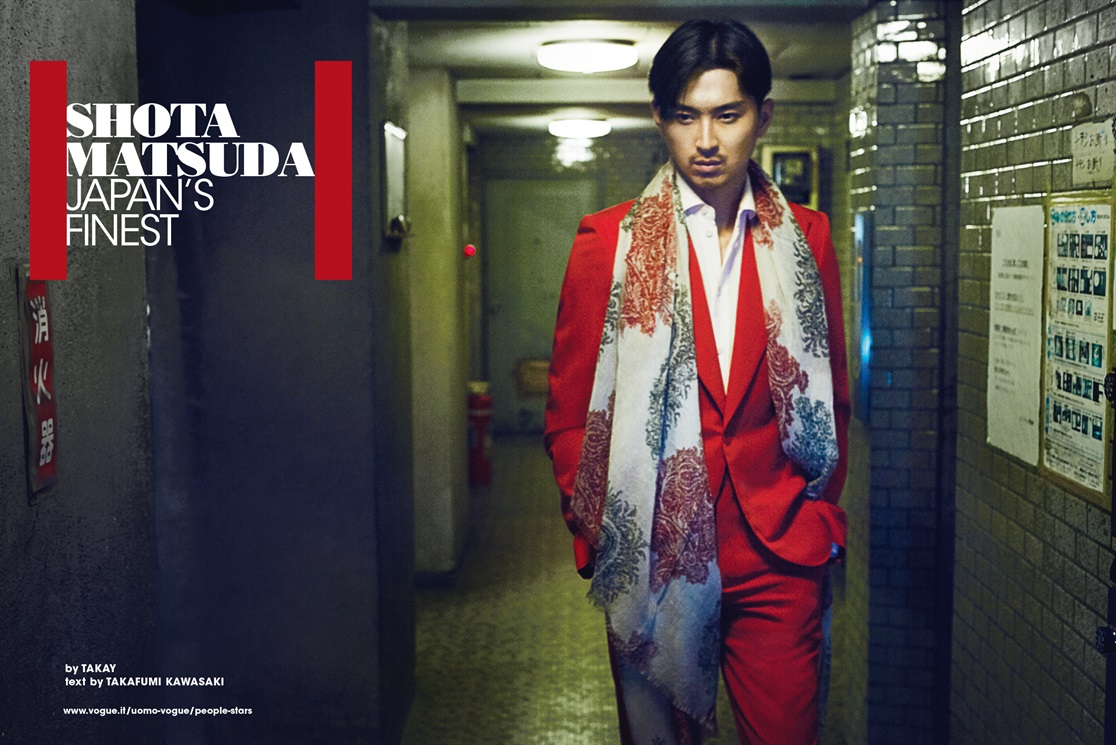 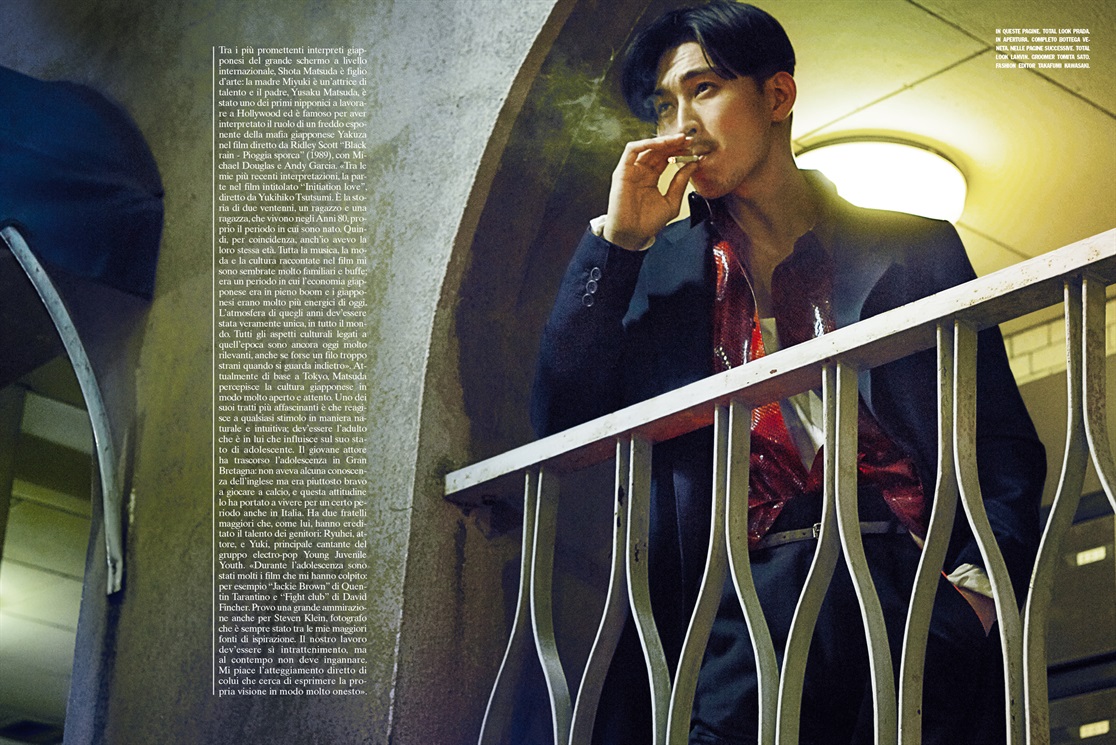 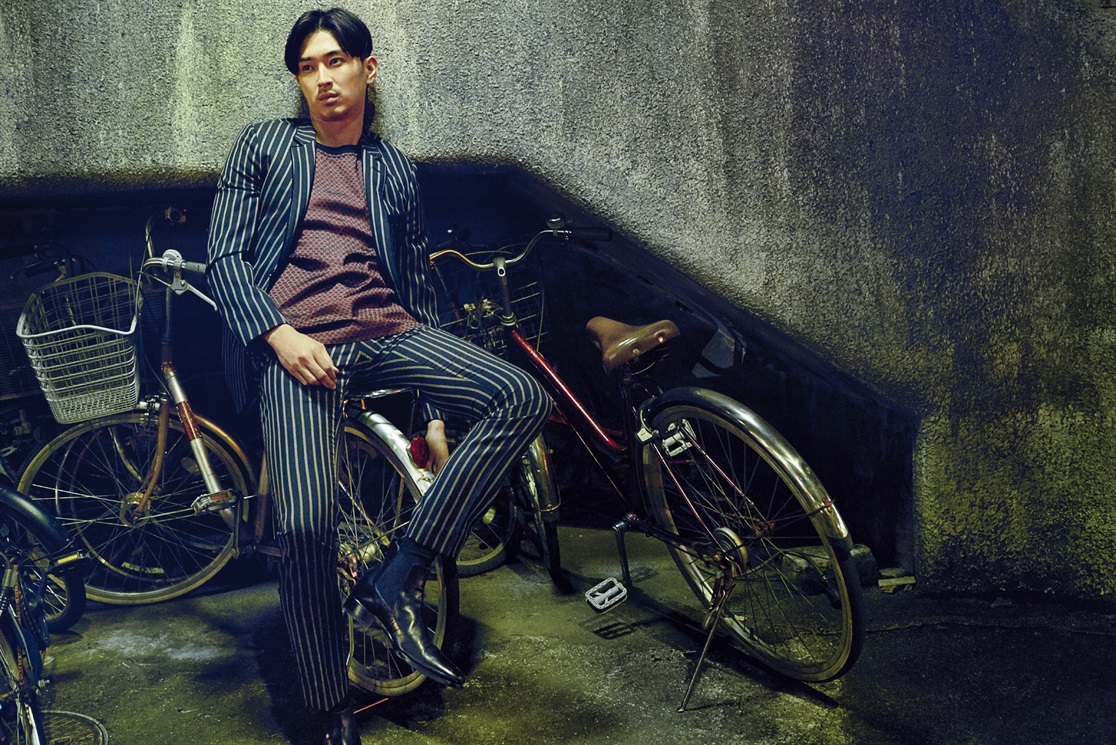 Thanks to Sofia for the Italian translation