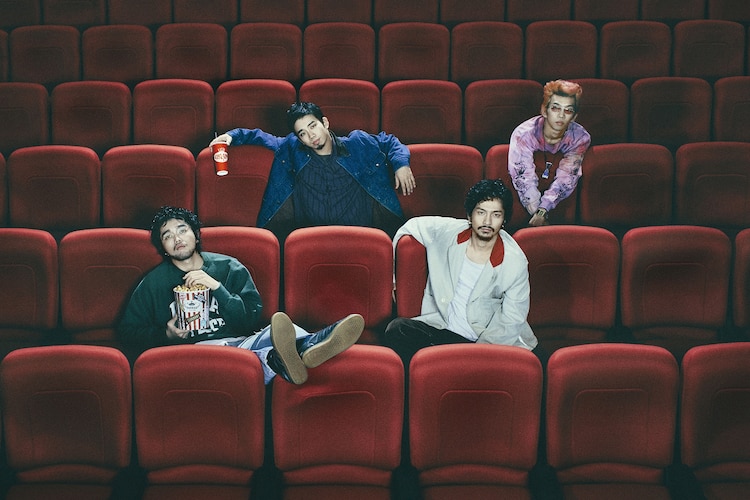 Last month mixture rock quartet King Gnu announced that they would be releasing a new album titled “CEREMONY” on January 15th. Now that this date has drawn somewhat closer, the group have finally published the remaining details regarding the record online.

“CEREMONY” will run 12-tracks long and pair already-released singles like their hit “Hakujitsu” with new songs “Chiisana Wakusei”, “Humor”, and more. Of note, one of the latter tracks – “Doron” – has been selected as the theme song for upcoming film “Smartphone wo Otoshita dake na no ni: Toraware no Satsujinki”.

You’ll find the trailer for this movie, which features a snippet of “Doron”, as well as the complete track list for “CEREMONY” below.