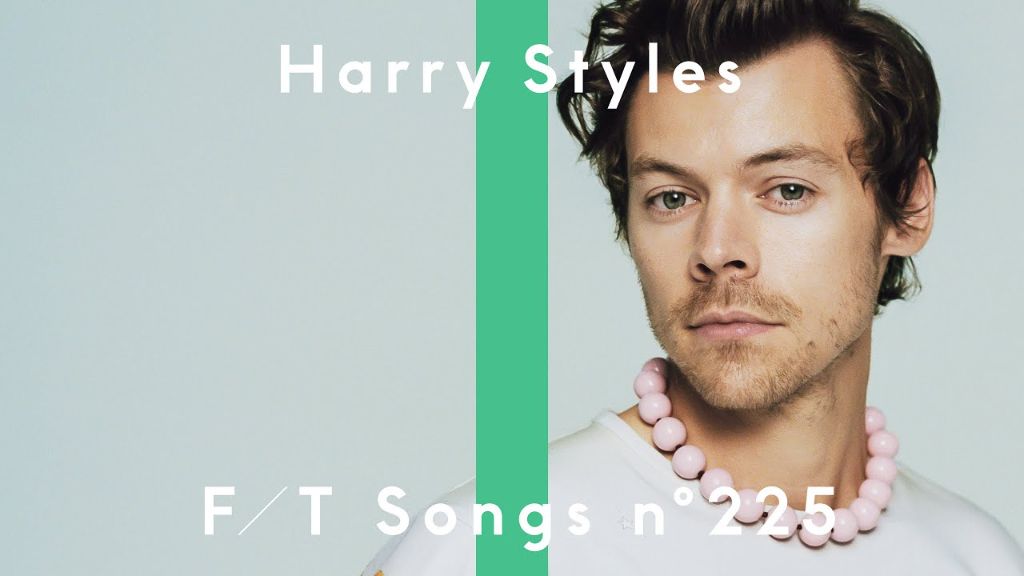 When speaking to Apple Music about his city pop-inspired album’s title, Harry said, “The album is named after Haruomi Hosono, he had an album in the ’70s called ‘Hosono House’, and I spent that chunk in Japan; I heard that record and I was like ‘I love that. It’d be really fun to make a record called Harry’s House’.”

Harry even gave Hosono a shoutout on the American morning show “Today” when he was promoting the album.

So what is Harry doing to promote the album in Japan? He’s appearing on “THE FIRST TAKE”, singing his song “Boyfriends.”

Given that Japan is still not completely open to foreigners, “THE FIRST TAKE” is a good means of promotion because the video can be filmed anywhere in the world.

His appearance on the viral YouTube channel marks the the beginning of what the channel is calling “THE FIRST TAKE INTERNATIONAL.” A few days before the release of Harry’s video, the channel released an English-language trailer video called “THE FIRST TAKE | LESS FILTER, MORE MUSIC.” In the video, the channel critiqued today’s music scene, full of vocal and visual effects. The channel painted itself as an alternative to this, providing viewers with a musical experience that is raw and real, stripped of what is so present in the music scene today.

So is “THE FIRST TAKE” looking to go international? It seems so. Harry is a good choice for this first push overseas due to the fact that he is on Columbia, a label under Sony, the company which created “THE FIRST TAKE.”

With Western music’s share of the Japanese market near record lows, “THE FIRST TAKE” could be a fruitful way of promoting Western acts in Japan, without the expense of actually going to Japan.

And this could be a way of possibly promoting Japanese acts overseas. In the aforementioned trailer, viewers are treated to the vocal prowess of LiSA. Due to the success of her “Demon Slayer” theme songs “Gurenge” and “Homura”, Sony has been promoting her more overseas.

But she’s not the only act Sony has been pushing overseas. Sony’s biggest act as of late, YOASOBI, is a “THE FIRST TAKE” regular. In an attempt to reach the Western market, they released an English EP, “E-SIDE”, last year. SixTONES is under Sony and they were the first Johnny & Associates group to appear on the channel. They are also the group that Johnny’s believes is their most ready for international attention.

And while they haven’t appeared on the channel (yet), Utada Hikaru, who is under Sony’s Epic label, received the most press attention of her career in the West with the release of their album “BAD Mode” earlier this year.

“THE FIRST TAKE” going international could be a fruitful means of promotion for Western artists in Japan and vice versa, while also providing a musical experience that is stripped of all the shallowness that is ubiquitous today.