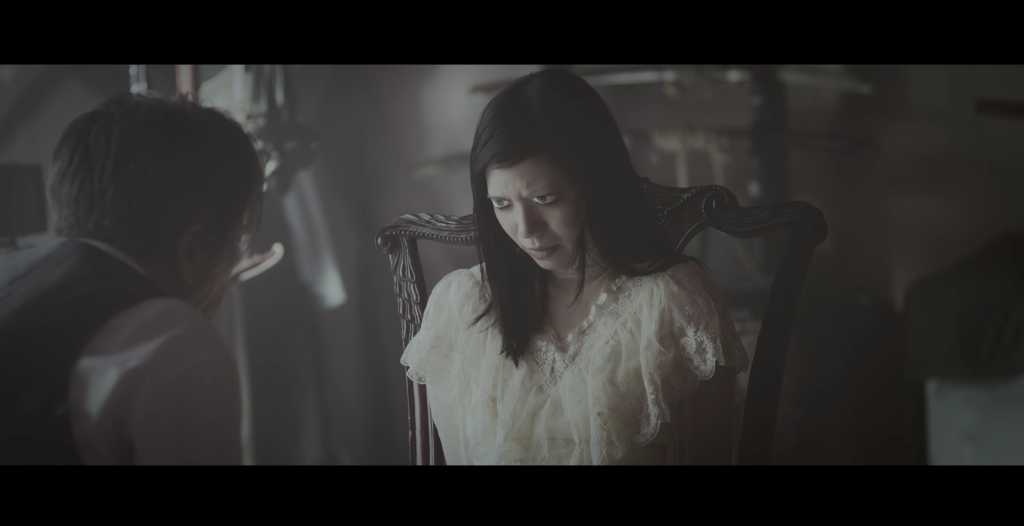 The video shows the members of the unit trapped in a room inside a big house, with a particular (and a bit disturbing) eye make-up, a core element of the concept represented in this MV. Victims of an old alcoholic man who constantly beats them up, the girls try to break free from the room and get rid of the guy and its servants with guns and swords. The impression is that the whole concept of the video is a metaphor referring to something, probably to the music industry or to the Idol niche itself, a matter that groups like BiS and BiSH themselves faced several times during the course of their careers.

The song mostly works as a soundtrack for the video itself: it’s clearly listenable, but the sound effects of the video constantly overlap it, also featuring a few brief conversations.

The track is a fast paced Pop Rock number with occasional Punk and Metal elements surfacing in certain sections, featuring a catchy chorus composed by extended vocal lines and back choirs. It’s a relentless number, but it’s appealing and catchy at the same time, and in line with the direction BiSH took in their Major debut record “KiLLER BiSH”.

Be sure to watch the Music Video for “GiANT KiLLERS” down here, and let us know what you think about this new BiSH MV in the comments!