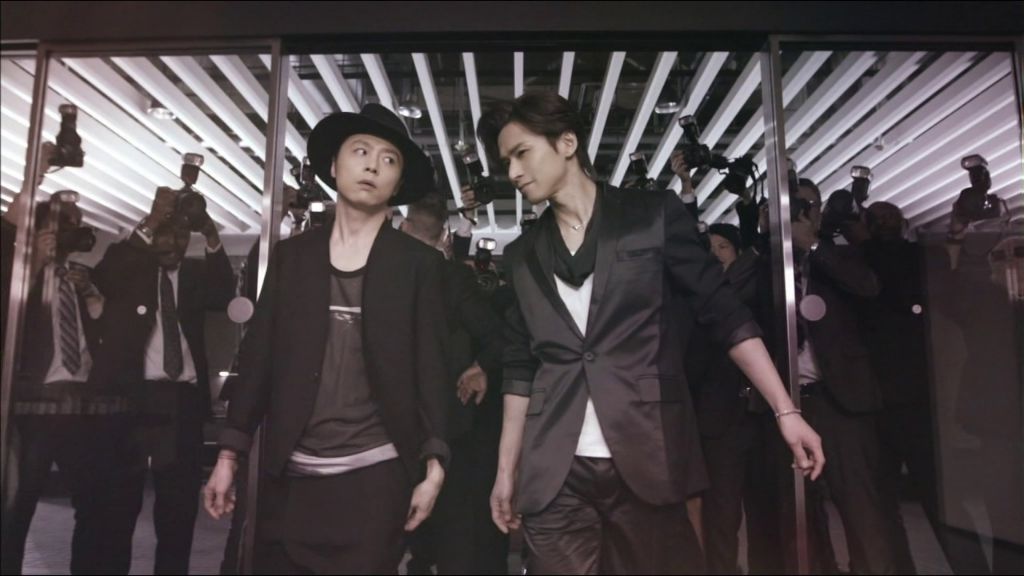 This time, the song was provided by Kubota Toshinobu, who celebrated his 30th anniversary last year. He said, “Now that KinKi Kids is passing their 20th anniversary, I wanted them to sing this kind of song. I could just picture the two of them singing it while I was writing it.” The result is a hard soul tune firmly rooted in Toshinobu Kubota’s world.

Just before the anniversary of their debut on 7/21, this song is ideal for the start of a new era of KinKi Kids, and features a groove unlike anything they’ve done before, perfect for commemorating the occasion. “The Red Light” will be released on July 12.

Watch their latest CM with a preview of “The Red Light” below.

(DVD)
Behind the Scenes -MTV Unplugged:KinKi Kids- (about 10 minutes of footage are planned)