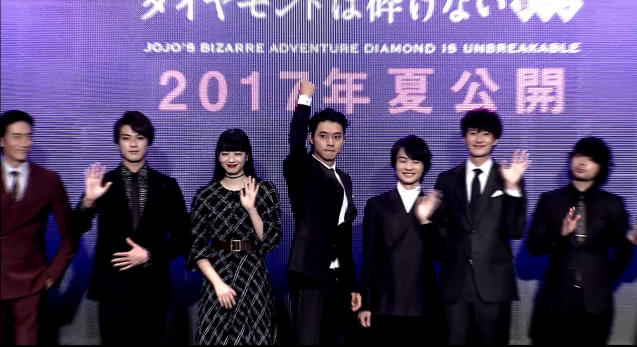 The first image of Yamazaki Kento as Higashikata Josuke in the live action adaptation of “Jojo’s Bizarre Adventure” is out! See Yamazaki in full Josuke costume with his signature pompadour below!

Directed by Takashi Miike, the film will open in Japan on August 4. The film has finished its overseas shooting in Sitges, Spain, and is now shooting in Japan. A teaser trailer introducing the cast was previously released. Check out the images below. 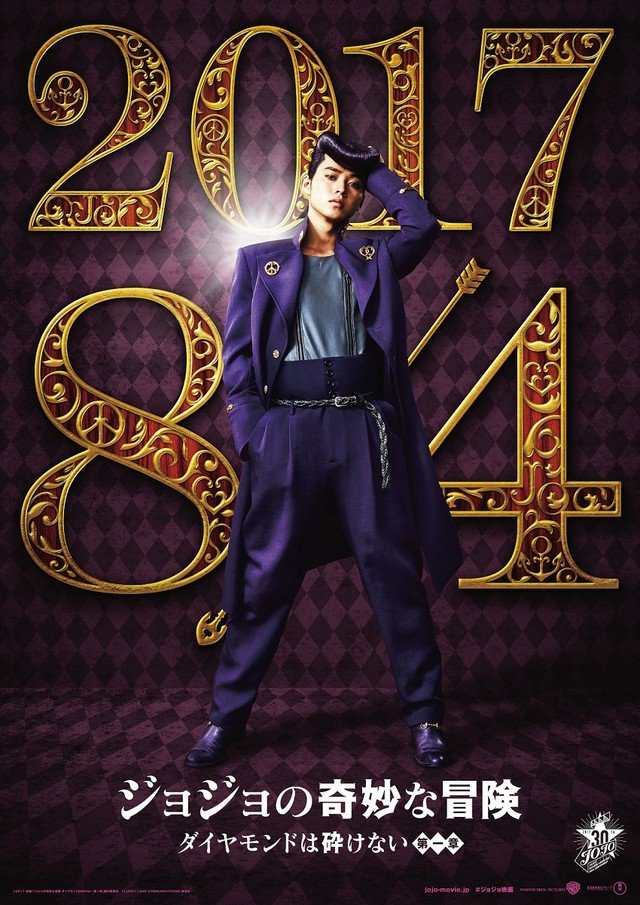