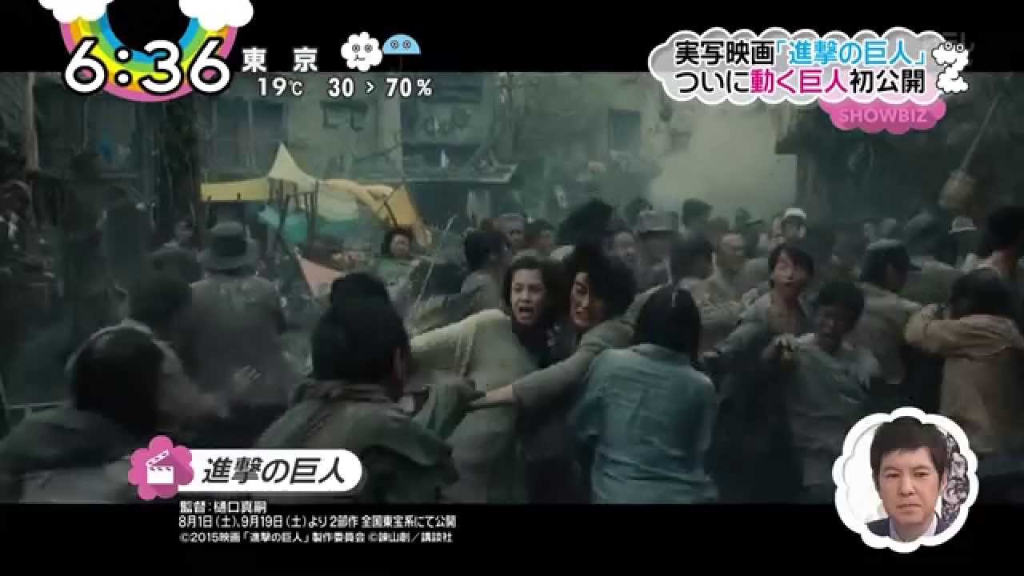 A teaser trailer for the live action film adaptation of Hajime Isayama’s Attack on Titan has been shown on NTV’s ZIP morning show. Catch some footage of the scenes and the Titans from the movie below. The 2 part film will be released on August and September, 2015.

Earlier on, the film has released its line up of cast and character visuals and its official poster.