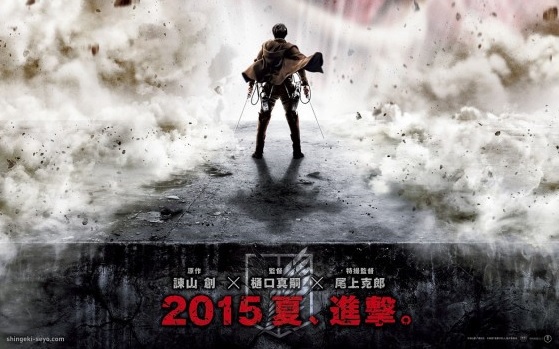 The live action film adaptation of Hajime Isayama’s Attack on Titan has released the first poster for its upcoming two part movie. The images were also released through the movie’s official website. In addition, the Colossal Titan’s size has been revealed and teased in the new poster.

In the original manga and anime, an archetypal colossal Titan was about 60 meters (about 200 feet) tall. The film will double their size, and will measure 120 meters (about 400 feet or 30 stories) tall, towering over even the 108-meter (350-foot) height of the tallest Godzilla ever, from the recent 2014 Godzilla film by Garth Edwards.

The live-action film will not just employ CG, but also tokusatsu (special-effects) techniques to create its realistic colossal Titan.

The taglines for the poster read:

Earlier on, the film has released its line up of cast and character visuals. 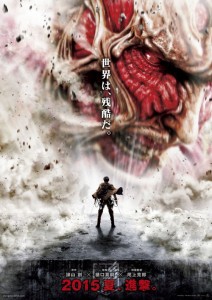