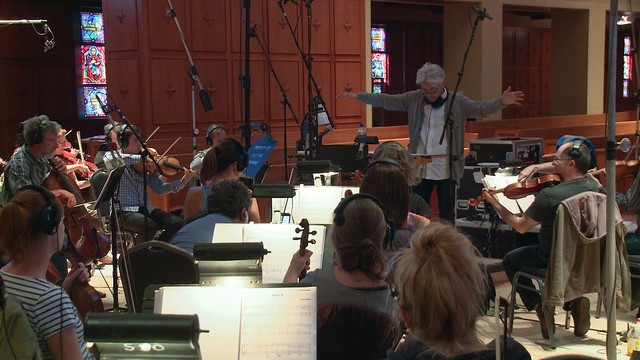 Later this year / the beginning of next, Leonardo DiCaprio’s new film “The Revenant” will open in theaters. It is directed by Alejandro González Iñárritu; he took home Academy Awards earlier this year for Best Picture, Best Director, and Best Original Screenplay for his film “Birdman.” It has been announced that Ryuichi Sakamoto will be in charge of the musical score for “The Revenant.”

Ryuichi has gained international acclaim over the decades for his film scores. His scores for films such as ” Merry Christmas, Mr. Lawrence” and “The Sheltering Sky” have earned him BAFTA Awards and Golden Globes. His greatest success in this field came  with the soundtrack for “The Last Emperor.” He was awarded an Academy Award, a Golden Globe, and a Grammy for it.

Ryuichi Sakamoto has previously worked on the soundtrack for an Alejandro González Iñárritu film. Gustavo Santaolalla created the score for the film “Babel”, which Ryuichi contributed several pieces of music to. His contributions include the movie’s ending theme, “Bibo no Aozora.” The “Babel” score later won an Academy Award and a BAFTA Award.

Both men are happy to be working together directly now. Alejandro has been a fan of Ryuichi’s work for many years. Ryuichi considers it an honor that he has been selected to create the score for “The Revenant.”