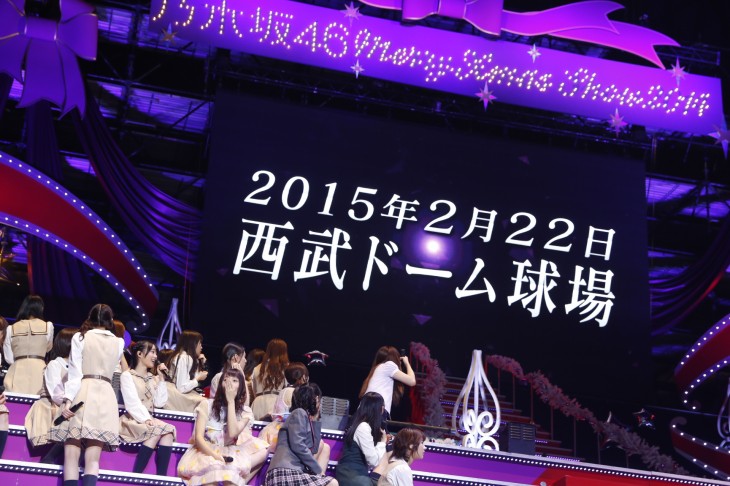 It has been announced on 12/13 at Nogizaka46’s Christmas concert in Tokyo Ariake Coliseum, that their 3rd anniversary concert will be held in Seibu Dome. The girls were ecstatic with disbelieve respond from their Captain Reika Sakurai. Also, there were comments on how cold Seibu Dome on February 22, 2015. More detail will be announced later.

The event where the dome concert announced, Nogizaka46’s Merry Xmas Show 2014, was held in 3 days with “Under Girls” only show on day 1. On the last day, they also announced to release their 1st documentary in 2015. It will include “behind the scene” for 3 years from 2011, Rina Ikoma and Rena Matsui concurrency, also the scene where they failed to get invited to Kouhaku Uta Gassen.

News videos are available after the jump.

Via Natalie and Natalie