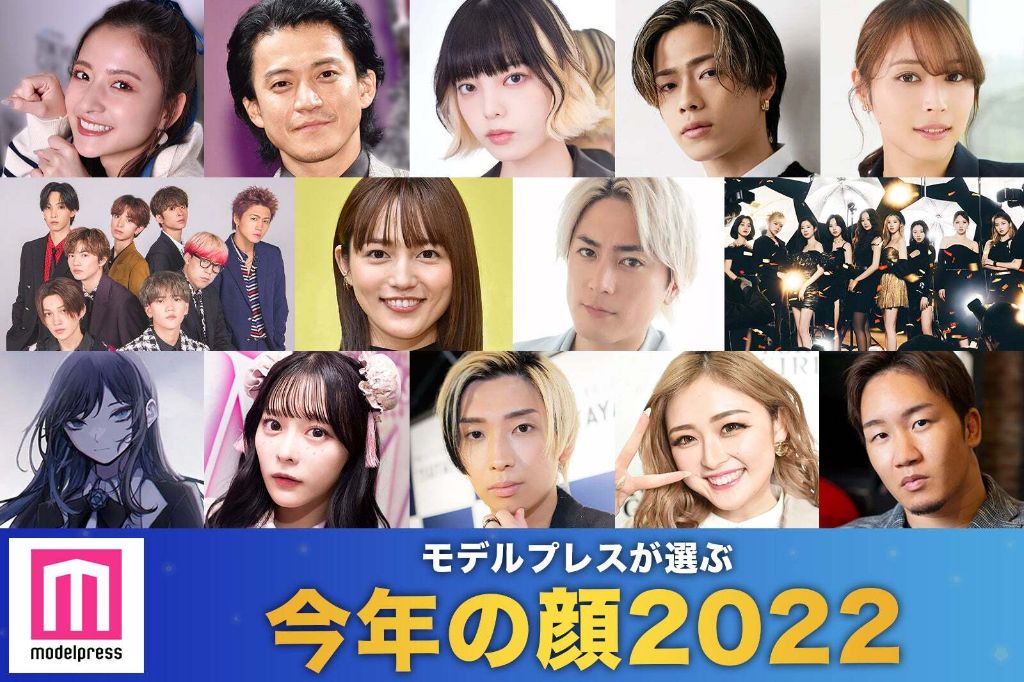 modelpress has revealed its “Faces of 2022”!

The results came about through a mix three criteria: a public survey, a survey of 30 members of modelpress’ editorial staff, and the number of articles the person was in on modelpress in 2022.

See who was chosen below!

The drama “silent” has been a social phenomenon, especially with the youth, making it the most viewed drama on TVer ever

The drama “silent” has made him a name outside of Johnny’s fans, with more acting work in the pipeline along with his actitivies in Snow Man

Appeared in two dramas and three movies this year

Appeared in the NHK taiga “Kamakura dono no 13 nin”

Appeared in the drama “Roppongi Class”

Success this year as an actor, artist, and YouTuber

Starred in three consecutive dramas this year, showing a range of acting ability

Renewed their contracts and restarted full activities in Japan

A top gyaru started in variety shows, but now appearing in dramas and causing a stir with her dating life

Gaining popularity as a actress, causing her to leave her group to pursue it full time

A YouTuber has now expanded into books, resturants, apparel, and beauty