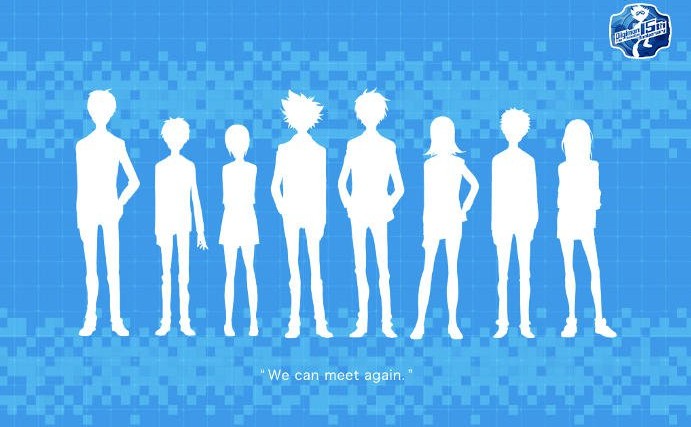 As we reported previously, in celebration of Digimon’s 15th anniversary as a franchise, a revival for its ‘Digimon Adventure’ sub-series was announced and set to air in Spring 2015.  Now, studio Toei Animation has revealed further details about the show, including its title and the keynote visual for the project.

The new series is to be titled ‘Digimon Adventure tri.’ and will follow the adventures of the original 8 Digidestined now that they have grown up and entered high school.  Toei also confirmed several key staff positions, with the show set to be directed by Motonaga Keitarou (Jormungand, Ginga Kikoutai Majestic Prince, Rayearth) and its script supervised by Kakihara Yuuko (Chihayafuru 2, Sakamichi no Apollon, Sora no Otoshimono). 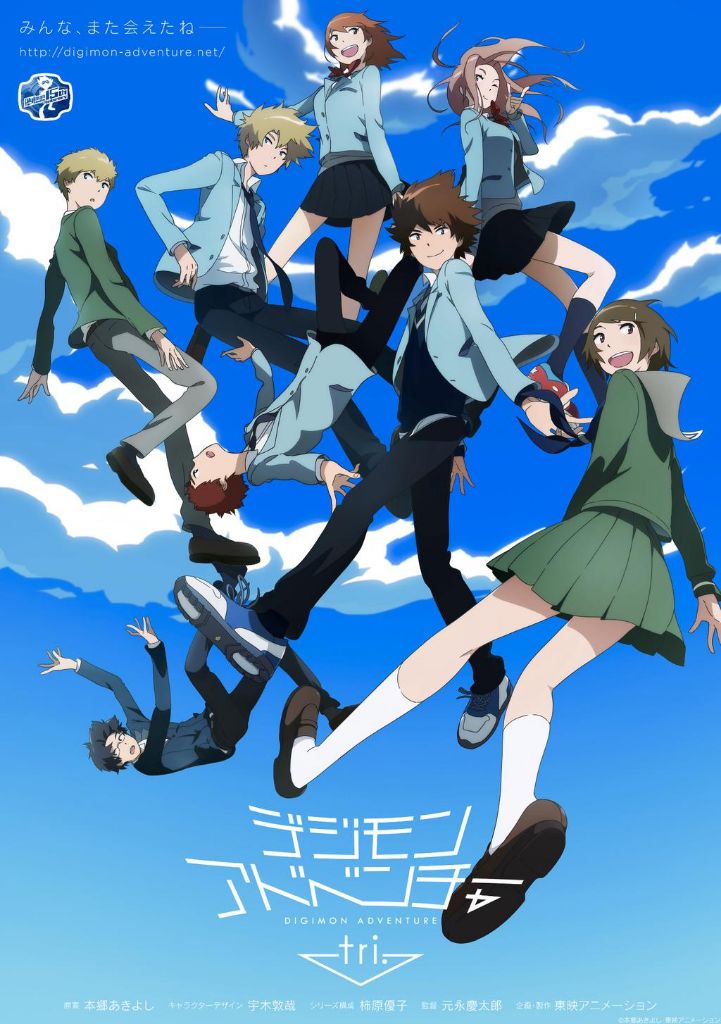