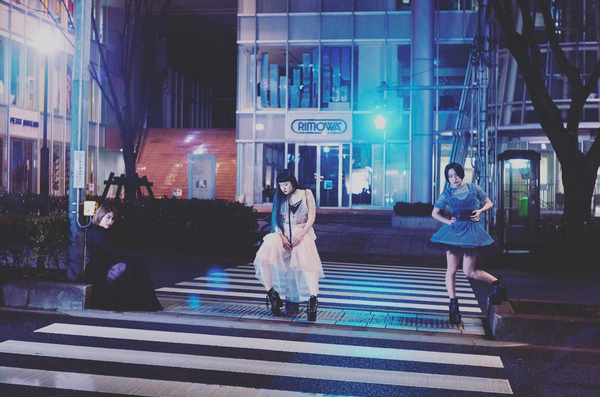 Electropop trio color-code is keeping steady their monthly release plan they began this January with “Sakura Ame”. As it seems they can give more than one song per month, they have been also able to film and release a MV for their March single “parallel world” and hold handful of performances on the streets. And if that’s not enough, they have had another surprise prepared: the single release for March was coupled with two B-sides: “so long -monochrome-“ and “Cinderella”. The A-Side “Better Days” is a positive mellodic sweet song, while “so long -monochrome-“ is a traditional melanchollic ballad, a style that color-code first tried with “Sakura Ame”. But this doesn’t mean this single is all about mellow tunes: “Cinderella” is an EDM track that swings between poppier and harder parts. Check these three songs just after the jump!