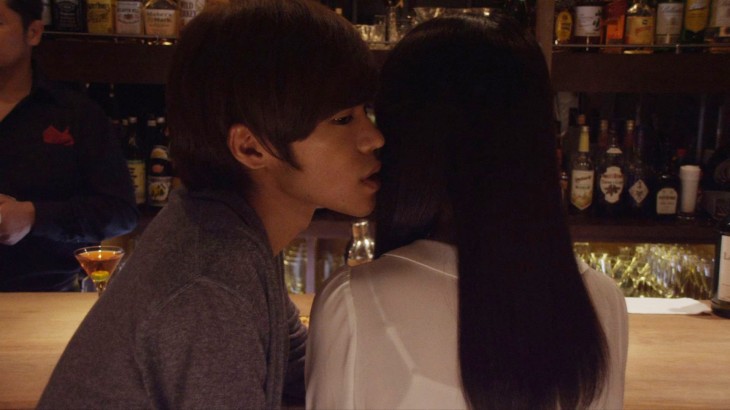 The PV for Maiko Fujita’s new song “one way” has been published to YouTube. You might remember her from her haunting rendition of Frozen’s ‘Let It Go‘ where she performed 20 vocal parts a capella.

Actor and voice actor Kensho Ono, known for voicing Harry Potter in the Japanese dubs of the Harry Potter film series (as well as other Daniel Radcliffe roles), makes an appearance in the video. It opens with some tender lip grazing, when Ono takes her by the hand to represent “pulling at a woman’s mind”. They travel through memories together until he leaves her and walks into fog.

“one way” is the title song of Fujita’s first major album under Victor Entertainment to be released on October 29th.