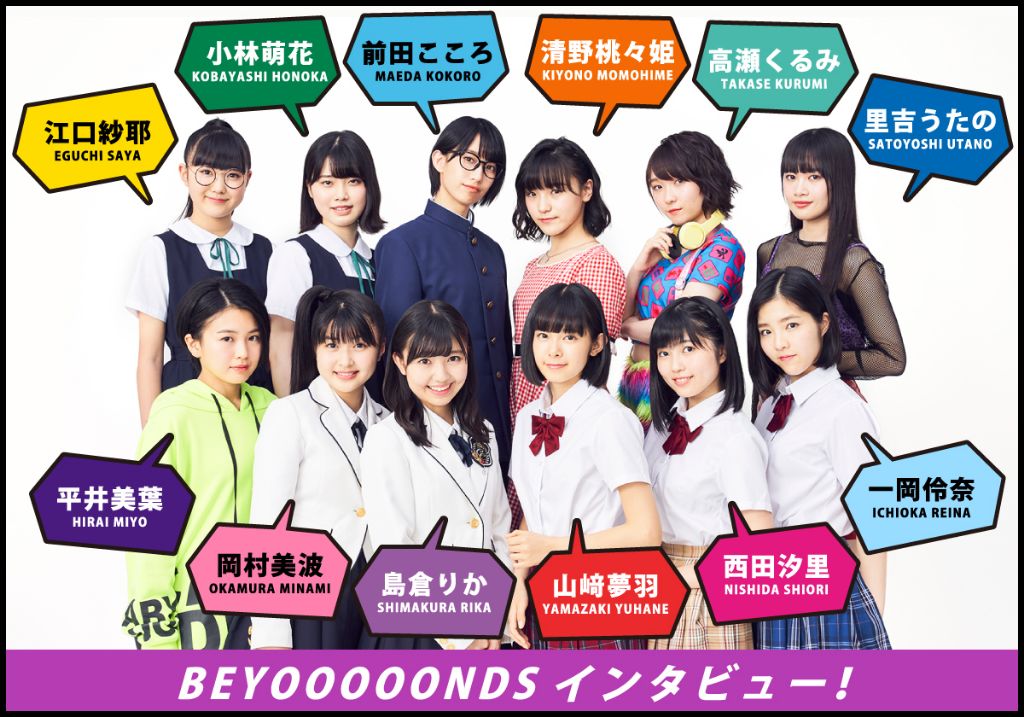 There’s a new Hello!Project group in the scene, today marks the official debut of BEYOOOOONDS.

They were first formed in the fall of 2018, consisting of now former members of Hello!Project trainee program “Kenshuusei”. The girls were split into two different groups, “CHICA # TETSU” (Philosophical Girls) and “Ame no Mori Kawa Umi” (Rain Forest River Ocean). It was then annojunced that the two groups would be combined to form the collective BEYOOOOONDS.

Inspiration for the name apparently came from the hope that the group will “grow freely” towards the future. The group aims for an “ever-changing appearance similar to slime”. Yes, slime!

BEYOOOOOND’s is debuting with a triple a-side single titled “Megane no Otoko no Ko / Nippon no D・N・A! / Go Waist”.

One of the a-sides “Go Waist” has received a bit of extra attention in particular due to the funny nature of the song. It’s a cover and parody of the 1979 disco hit “Go West” by the Village People. For this version, BEYOOOOONDS has interpreted it as an exercise song.

The single is rounded out by “Megane no Otoko no Ko”. It is currently the ending theme song for CDTV for the entire month of August.

The single will be released in 3 different versions, 3 regular and 3 limited editions. First press of the regular editions will come with a random trading card depending on the version, bringing the trading card total to 39. Check out the covers below: