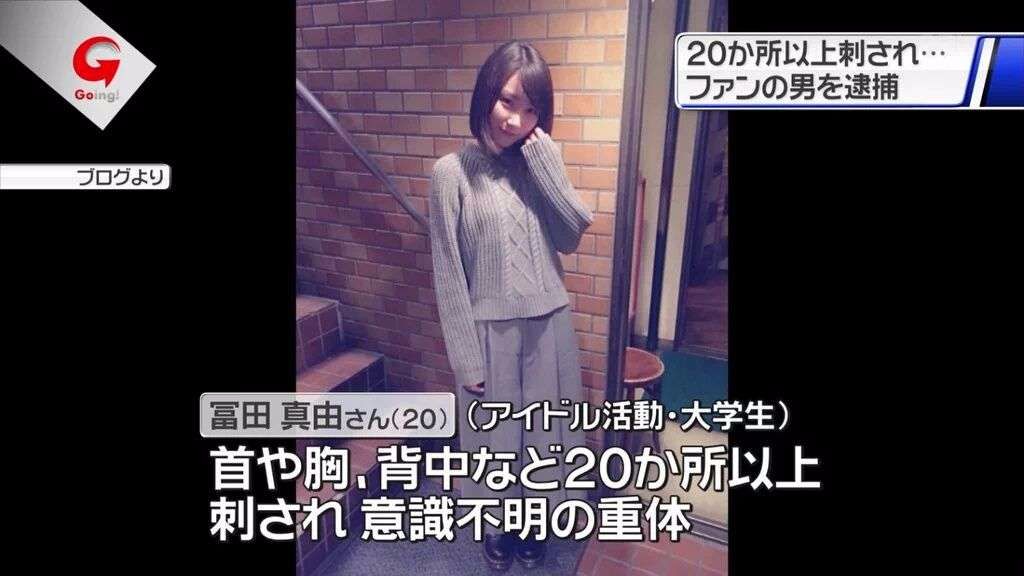 The stalker charged with stabbing idol Mayu Tomita over 20 times pleaded guilty to attempted murder during his trial that started this week.

The court heard a statement by Tomita (21), who was rendered unconscious in critical condition for two weeks after Tomohiro Iwazaki (27) stabbed her over 20 times during a fan greeting last May. Iwazaki was seen smiling as Tomita’s statement was read out.

“He kept shouting ‘die, die’ over and over,” Tomita said.

Iwazaki admitted to charges of attempted murder after the court questioned him about stabbing Tomita’s neck, arms, chest and back multiple times at the venue in Koganei City of western Tokyo on May 21.

Tomita told the court in her statement that Iwazaki “persistently tried to talk to [her], so [she] threatened to call the police when [she] felt a blow in the right side of [her] stomach and saw [she] was being stabbed by a knife.”

The singer had earlier filed a complaint with Tokyo Metropolitan Police saying that a man named Iwazaki had been “persistently” sending her messages over social media.

“I hope [Iwazaki] rots in jail for the rest of his life,” Tomita said. “I can’t help but be afraid for my life. Who knows if he’ll hold a grudge at me and kill me for real next time.”

In a letter in December 2016, Tomita dragged Tokyo Metropolitan Police force for incompetence and failing to recognize she was in danger despite insisting she feared for her life when Iwazaki was stalking her. His Twitter account displayed constant rants concerning Tomita for four months before attacking her, making statements like, “I liked Tomita. I wanted to marry her.”

“When police were questioning me about the details, the first thing they ask was ‘Do you really think he might have murdered you?’” Tomita said in her letter. “I specifically told them the words ‘I might be murdered.’ I’m done being angry about it, and now it’s just upsetting.”

Police apologized to the idol and released the results of the investigation into the handling of her case, admitting the officers “should have realized they needed to take better security measures for her safety as soon as possible.”