Character visuals and the first teaser trailer for Assassination Classroom ~Graduation~, sequel to the first Assasination Classroom movie, are out. The preview introduces the additional cast as previously reported. Arashi’s Ninomiya Kazunari, who is voicing Koro-sensei for the live-action films, will play the God of Death. Narimiya Hiroki is cast as the scientist Yanagisawa Kotaro and Kiritani Mirei will play as Yukimura Aguri, the former adviser of Class 3-E. Narimiya and Kiritani will play their characters in a flashback scene that shows how the the God of Death turned into Koro-sensei.

Hey! Say! JUMP’s Yamada Ryosuke will reprise his role as the hero Shiota Nagisa. Additional visuals of the characters are also released, which also features Nagisa with his killing teacher Koro Sensei amidst a backdrop of cherry blossoms. The film will open on March 25, 2016. Advance tickets went on sale last December 19 and the first 50,000 people to purchase will receive an exclusive clear file with the said image.

Aside from the new characters, the teaser also gives a glimpse of a fight scene between Nagisa and Karuma (Suda Masaki). Check out the teaser trailer and latest stills below. 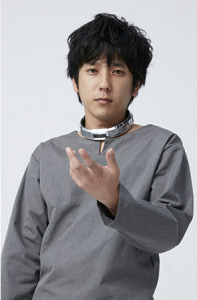 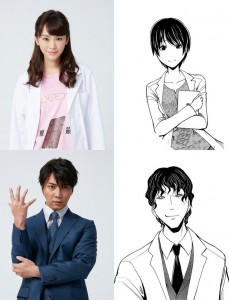 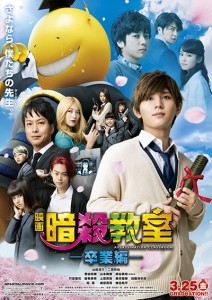 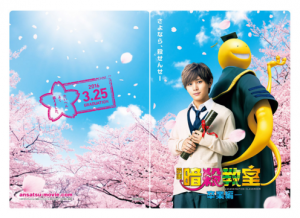