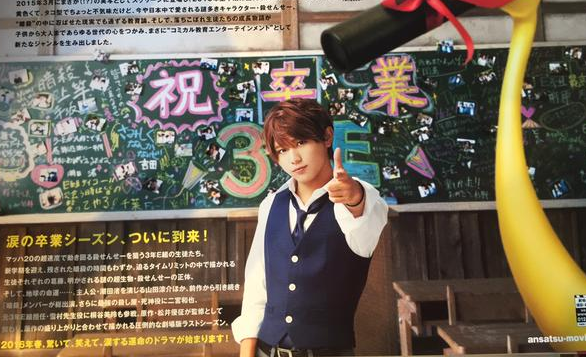 The popular manga “Assassination Classroom”, which topped 17 million copies in circulation in a remarkable span of 3 years was made into an anime and live action film. The first movie was released in March this year and exceeded 2.7 billion yen at the box office and ranked number 1 among Japanese films in the first half of 2015. The sequel will be titled “Assassination Classroom~ Graduation Edition”.

At the arrival of the new semester, Class 3-E students are still aiming to kill their teacher who moves around in a speed of Mach 20. Students feel conflicted as the limited time appraches. The mystery of Koro-sensei’s identity, as well as the fate of the Earth, will be revealed.

To be released in Spring 2016, Hey! Say! JUMP’s Yamada Ryosuke will be back as the hero Nagisa Shiota. The cast from the previous movie will also be returning. In addition, Arashi’s Ninomiya Kazunari, who voices Koro-sensei, will be playing the “God of Death”, the world’s best assassin. Kiritani Mirei will play Yukimura Aguri, Class 3-E’s former homeroom teacher.

Visuals for the movie have been released through flyers distributed at the theaters last September 19. It shows Koro-sensei amidst cherry blossoms in full bloom looking up to the sky along with the wording “Please don’t forget about your Sensei,” which conveys a sense of the heartache of parting in store for Graduation Edition.

The series’ creator Matsui Yusei will be supervising the sequel. 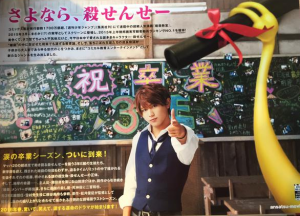 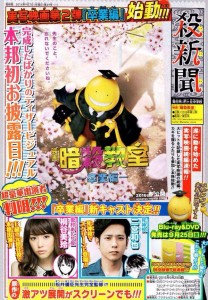