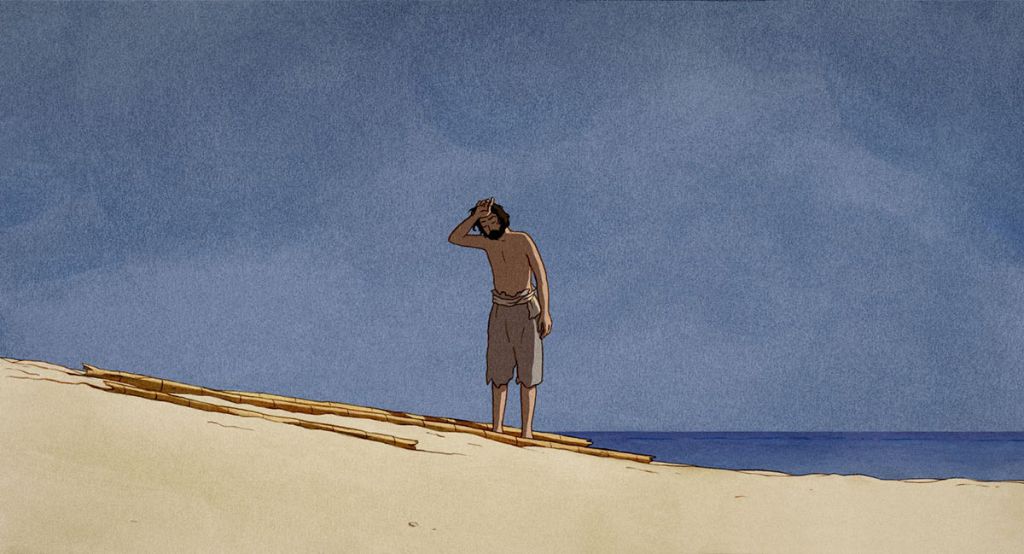 The Studio Ghibli co-produced animated film, The Red Turtle (La Tortue rouge), stole the Special Jury Prize at the Un Certain Regard section of the the Cannes Film Festival, following its screening last Wednesday at said event. The film is directed by the award-winning Michael Dudok de Wit, who mostly known for his short animated feature Father and Daughter (2000). It is set for a French release on June 29, followed by a Japanese one on September 17.

The Red Turtle was suddenly announced at the end of 2015, and is the first animated feature Studio Ghibli produced since its figurehead Hayao Miyazaki retired in 2013.  The studio co-produced the film with French film production and distribution company Wild Bunch, who previously co-produced Ghibli’s The Secret World of Arrietty. The film is reported to be dialogue-free; summary (courtesy of Deadline) below:

The dialogue-free picture centers on a man shipwrecked on a tropical island inhabited by turtles, crabs and birds. When he builds a wooden raft, he is confronted by the titular turtle. The story then follows the milestones in his life on the island which include meeting a woman and starting a family.

A few days ago, a trailer to the movie was also revealed; Ghibli fans who are wondering what a post-Miyazaki Ghibli would look like should definitely check the beautiful trailer below!