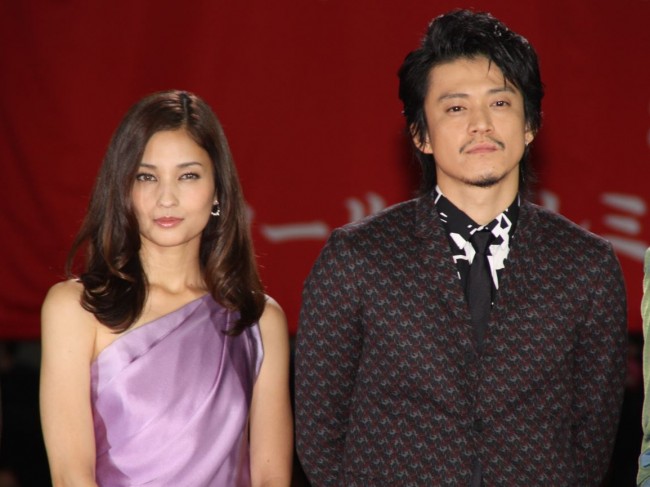 Oguri Shun and Kuroki Meisa greeted over 4000 fans and press at the premiere of their highly anticipated film Lupin III. The film, directed by Ryuhei Kitamura, is a live action adaption of the iconic manga.

The plot centers around how the series’ main characters meet for the first time. The film also serves as a huge update to the Lupin franchise in general, for the first time the story will take place in a contemporary setting.  The decision to do this was all on Ryuhei Kitamura. Before filming began he stated

There’s no meaning to a live-action film adaptation if you make the setting the same. I intend to change the characters themselves to make them modern. It would be nonsense for Goemon to exist in current society wearing samurai’s garb and carrying around a katana.

Filming began on October 3, 2013, all across Asia. They filmed in Japan, Hong Kong, Singapore, and the Philippines before shooting in Thailand for two months. Oguri had fun shooting the film but playing the legendary mischievous thief wasn’t an easy task, Oguri lost 17.6 pounds after going through a grueling 10 months of action training specially for the role.

During the event, Oguri was also asked to recite lines in character as Lupin. Embarrassed, he playfully said “I dont want to~” as he turned his back to the audience. Kuroki quickly got into character as Fujiko and said “I’m sorry Lupin.” The audience reacted with huge cheers.

Lupin III will be released nationwide to Japanese theaters on August 30th. 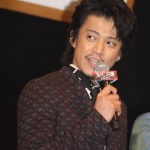 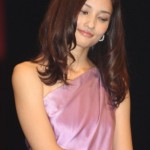 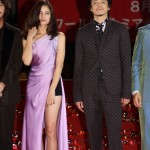 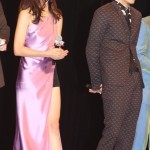 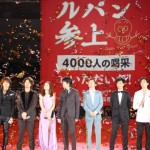 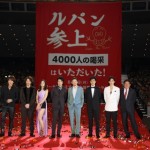