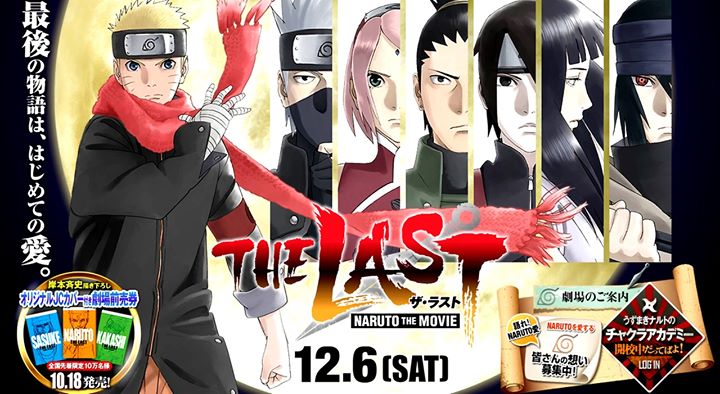 The Last: Naruto the Movie will open on December 6. Manga creator Kishimoto Masashi is in charge of the original story, new character designs, and chief story supervisor of the film. The movie’s poster visual, movie plot and now the official trailer has been released. As seen in the images, we will see a mature and grown-up Naruto as well as adult versions of Kakashi, Sasuke, Hinata, Sakura, and Shikamaru.

The film’s plot summary: The moon is beginning to fall, and at the rate it’s going, it is doomed to fall on the Earth. The countdown for the survival of the planet begins. Naruto must overcome a great danger is his final story. 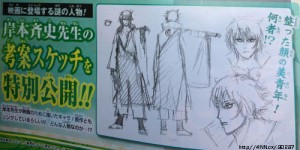 Amidst this situation, Hyuga Hanabi, Hinata’s sister, is kidnapped in Konoha. Naruto, Sakura, Shikamaru, Sai, and Hinata are challenged to bring her back home and recapture her from a mysterious man. A sketch of this mysterious new character designed by Kishimoto himself has been revealed in last week’s issue of Shueisha’s Weekly Shonen Jump. This new character is described as a “handsome young man with a well-proportioned face” linked to the original manga.

In addition, there is also a “Naruto Final Countdown” happening at the movie’s official website, ending on November 10 – the day the last episode of the manga is released. Watch out for any big announcement that may happen!