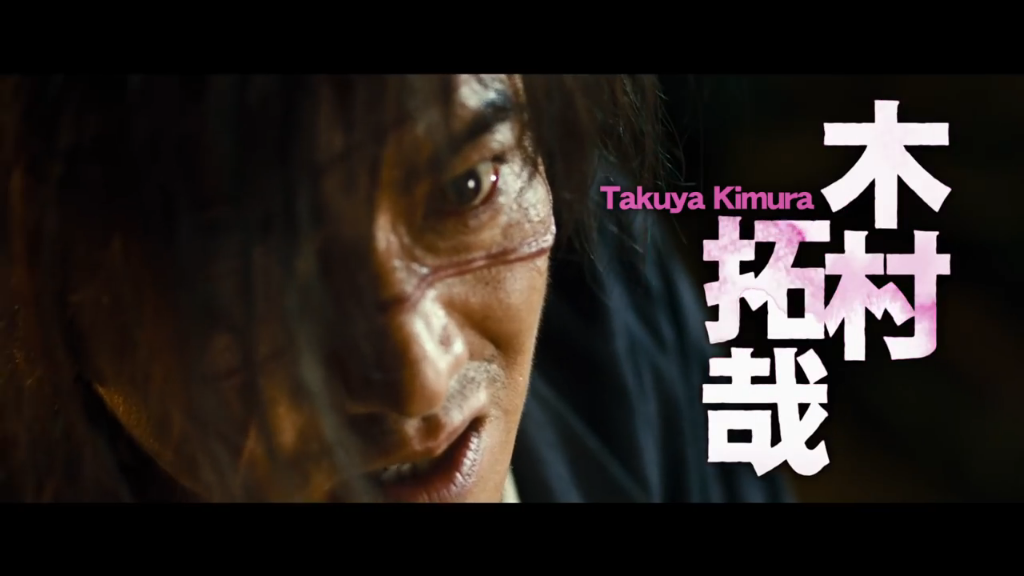 A new trailer and visual is out for the live-action film of Samura Hiroaki’s “neo period drama” Mugen no Junin (Blade of the Immortal). Kimura Takuya stars as Manji, a ronin warrior cursed with an immortal body. Film opens April 29.

The previous trailer previews the climactic scene with Manji and Rin (Sugisaki Hana) surrounded by 300 enemies. He asks her, “Rin, who should I cut down?” Rin replies, “Anyone who tries to cut me down.” 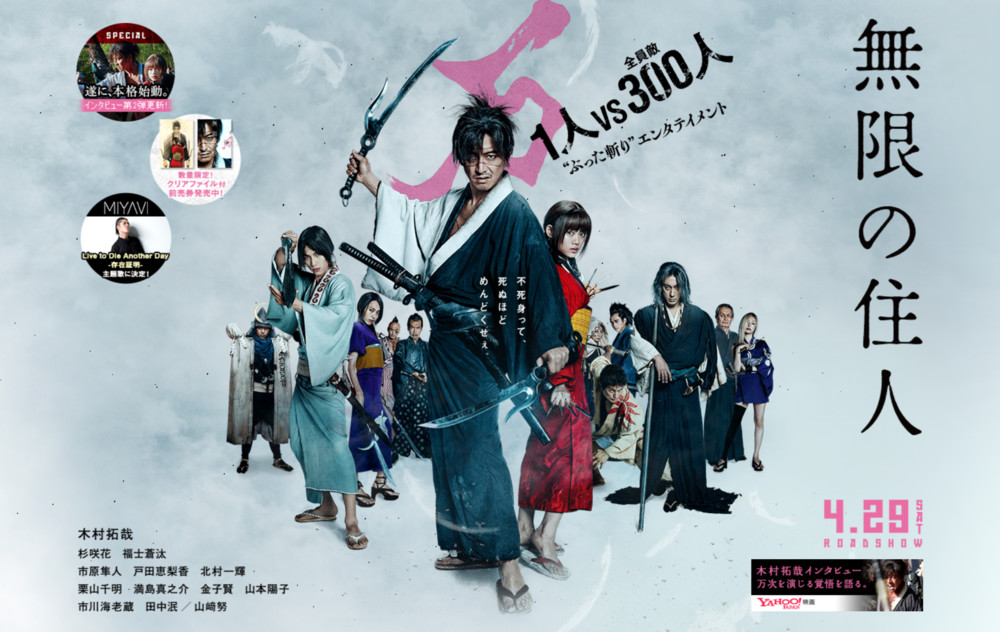