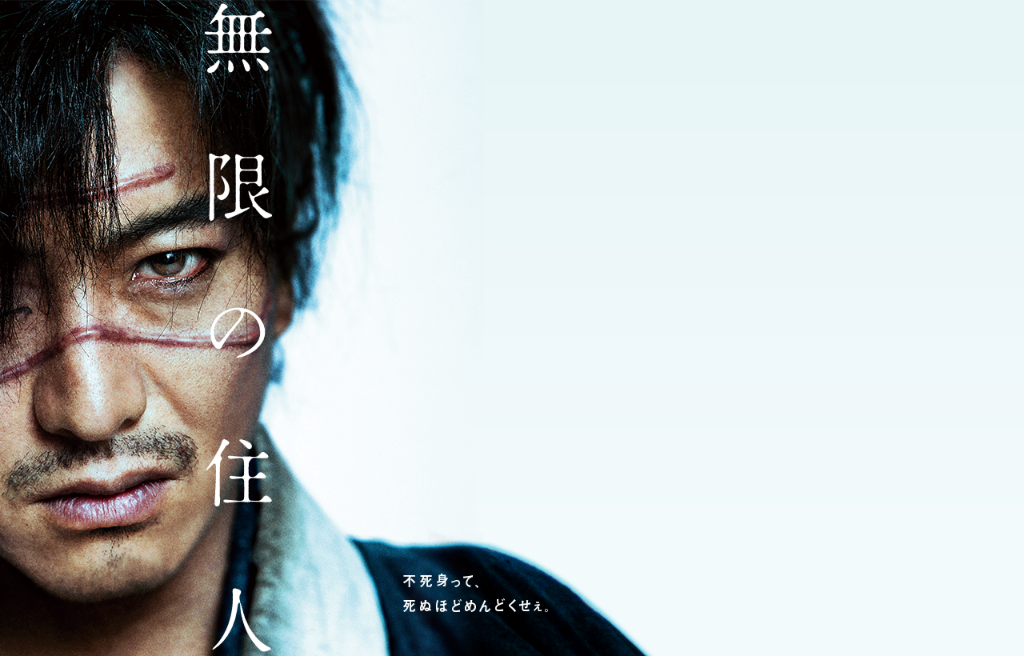 Teasers and visuals are out for the live-action film of Samura Hiroaki’s “neo period drama” Mugen no Junin” (Blade of the Immortal)! Kimura Takuya will play the lead character Manji, a ronin warrior cursed with an immortal body. To regain his mortality, he sets on a mission to kill 1,000 evil men. The manga follows Manji’s journey of revenge as the bodyguard of Rin, a young woman who swears vengeance against a group of sword fighters who murdered her parents. Sugisaki Hana will play the role of Rin.

The teasers previews the climactic scene with Manji and Rin surrounded by 300 enemies. He asks her, “Rin, who should I cut down?” Rin replies, “Anyone who tries to cut me down.”

Takashi Miike serves as director. Filming took place in Kyoto in extremely cold weather, and the climax of Manji and Rin versus 300 enemies took about 15 days to shoot. The film will open in Japan on April 29 during Golden Week. 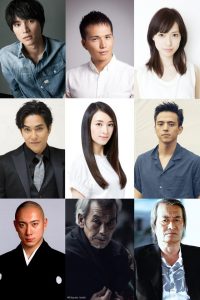 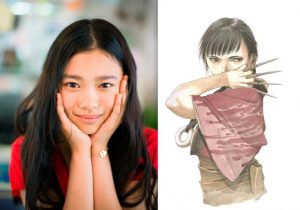