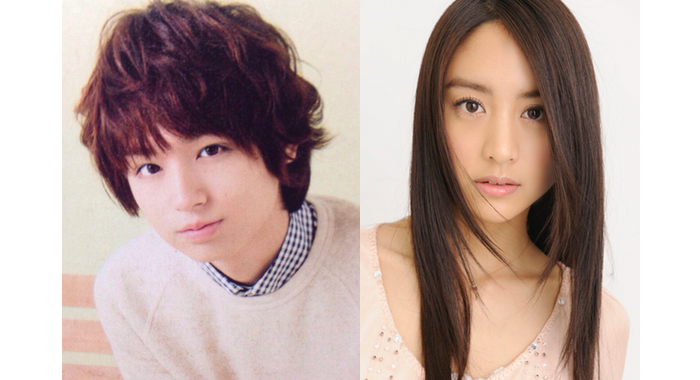 On March 28, it was announced that Mizuki Yamamoto and Hey! Say! JUMP’s Kei Inoo will star in a live action film adaptation of the popular manga “Peach Girl”, which will be released in 2017.  Yamamoto will play the role of Momo Adachi, a former member of the school swimming team who has distinct features of tanned skin and red hair.  Inoo will play the role of Kairi Okayasu, the most popular student in school who becomes interested in Momo.  The original manga is by Miwa Ueda, who has written numerous hit manga such as “Oh! My Darling” and “Papillon -hana to chou-“.

Due to Momo’s appearance, she often gets mistaken as being showy, but she is actually more pure than any other high schooler.  Momo has liked Toji since her middle school days, and the school’s most popular student Kairi becomes interested in this wholehearted girl.  Meanwhile, Momo’s friend Sae Kashiwagi – who tends to want everything that Momo likes – sets numerous traps in an attempt to snatch Toji away from Momo.  Kairi always rescues Momo from Sae’s traps, and he comes to understand Momo more than anyone else.  Who will Momo ultimately choose – frivolous and carefree Kairi or straitlaced Toji?

Yamamoto, who will be starring in a romance movie for the first time, commented, “I was surprised by the setting of her dark skin tone,” she laughed. “I will work hard to act as pure and cute as Momo is in the original manga.  I would like to work together with everyone to make this a cute and exciting movie that can be enjoyed by people who have and haven’t read the manga.”

This will be the first time for Inoo to appear and star in a movie.  He commented, “I’m a little anxious, but I feel more happy and excited.  Since I’m playing the role of a high schooler, I’m looking forward to wearing a school uniform, which I haven’t done in a while.  I’ll work hard to make viewers like Kairi!”