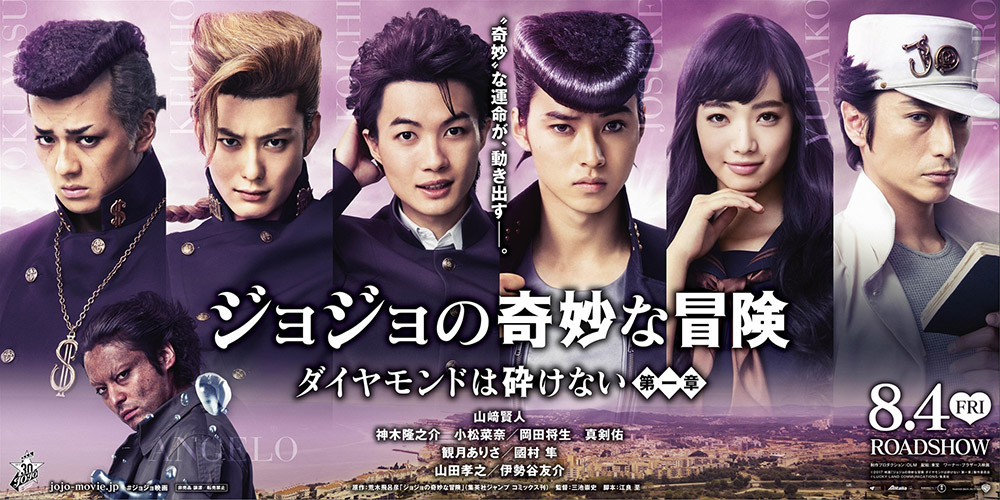 The live-action film of Araki Hirohiko’s “JoJo’s Bizarre Adventure: Diamond Is Unbreakable” will open on August 4 and a new full trailer and visual have been released. The clip introduces the characters of Morioh City, as well as the concept of “Stands”, the supernatural powers possessed by some members of the JoJo universe.

You can check out the first teaser and character visuals previously released. Catch the full trailer below!