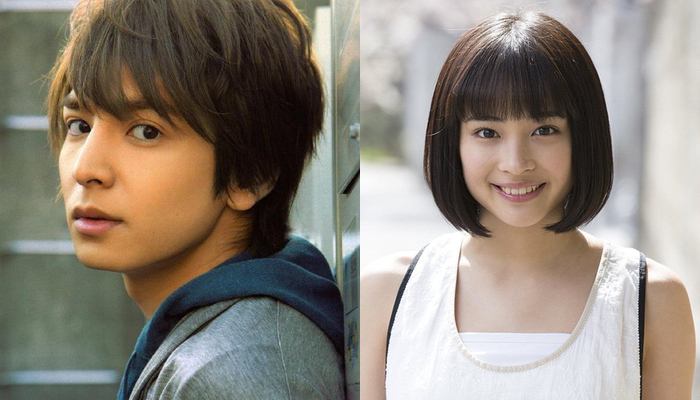 On October 26, it has been revealed that Toma Ikuta will star in the film adaptation of popular manga “Sensei!” (Fall 2017)  It has been 5 years since Ikuta last starred in a romance movie, the most recent being “Bokura ga Ita“.  Suzu Hirose will be playing the role of Hibiki Shimada, a high school student who falls in love for the first time with Ikuta’s character, Kosaku Ito.

The original work by Kazune Kawahara ran from 1996 to 2003 on Shueisha’s Bessatsu Margaret.  Kosaku is a history teacher who appears serious and hard to grasp, but is actually kind and has a love for teaching.  Hibiki comes across Kosaku’s kindness, and begins to fall in love for the first time.  An adult and a teenager, a teacher and a student – as various feelings intersect, the story depicts a clumsy and pure love.

The movie will be directed by Takahiro Miki, known for romance films including “Bokura ga Ita” Part 1 (2012), “Hidamari no Kanojo” (2013), “Ao Haru Ride” (2014), and “Aozora Yell” (2016).  The scriptwriter is Mari Okada, who has written for various animated works including “Anohana” and “Kokoro ga Sakebitagatterunda.”