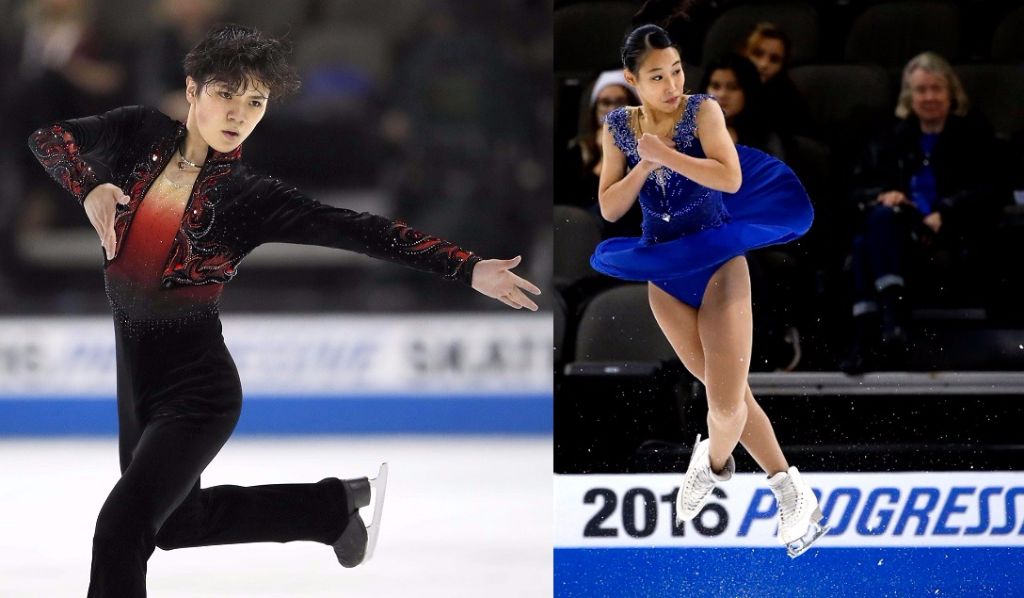 From October 21 – 23, this year’s edition of Skate America took place in Chicago, Illinois. This was the first event in the International Skating Union’s 2016 – 2017 Grand Prix Series. Shoma Uno won the men’s portion of the event, while Mai Mihara placed third in the women’s portion.

Shoma Uno won with a total score of 279.34, 10.96 points ahead of the second place finisher, American Jason Brown. This score is also Shoma’s new personal best. Shoma’s short program received a score of 89.15, putting him in first place, 1.83 points above American Adam Rippon. Shoma’s free skate was the highest scored of the night with 190.19 points, 7.56 points ahead of Jason. After his win, Shoma said, “I did my very best and I was able to win. I was prepared to give it 120 percent. I want to work hard and be in a position to compete among the world’s best.” He later added “I was aiming for a perfect program, but it was unfortunate I missed the three-jump combination at the end. I am happy that I got the title at this major competition.”

Mai Mihara, making her Grand Prix Series debut, finished in third place with a total score of 189.28, 2.31 points behind second place finisher, American Mariah Bell. Mai’s short program received a score of 65.75, putting her in second place, 3.75 points behind American Ashley Wagner. Afterward, Mai said, “I think for my first Grand Prix event I did a good job.” Mai’s free skate was the third highest scored of the night with 123.53 points, 3.41 points behind Ashley. She was not happy with her performance though, under-rotating the second part of her double axel-triple toe loop combination, followed by another mistake. Afterwards, she tearfully said, “In competition, I didn’t skate as strongly as I’m able and that is frustrating.”

Mao Asada was also at Skate America and it wasn’t the best event for her. She finished sixth with a total score of 176.78. Her short program received a score of 64.47, putting her in fifth place. She decided not to attempt her signature triple axel in at this event due to a left knee injury. Mao under-rotated a triple flip-double toe loop combination. “I’m not skating at my highest level but this is the best I could do and I am satisfied with that,” she said after the short program. Mao’s free program was ranked sixth of the night, with a score of 112.31. She made a series of jump mistakes in which her score was more than 30 points off her career best. Mao landed just one of her planned jumps cleanly and her edge work was lacking in her closing steps. “I was unable to establish my timing or rhythm during the latter half of the program when fatigue set in,” said later said, with her shoulders slumped and head hung after failing to reach a Grand Prix podium for the first time since 2010. “I’m a long way off.” Her coach Nobuo Sato added, “If she was at full strength, she would be able to resolve this easily.”