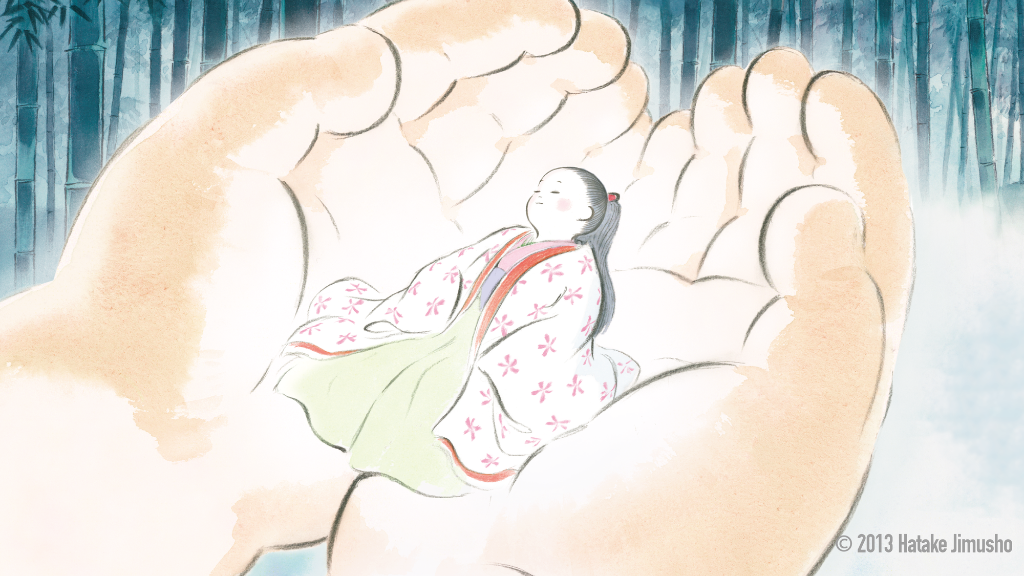 The Academy of Motion Picture Arts and Sciences has announced the Oscar nominees for the 87th annual Academy Awards. Director Takahata Isao and Studio Ghibli’s The Tale of the Princess Kaguya is nominated in the Animated Feature Film category. The film will compete against Big Hero 6, The Box Trolls, How to Train Your Dragon 2, and Song of the Sea. Notably missing from the nomination list is The Lego Movie although the movie’s “Everything Is Awesome” earned a nomination for the original song category.

Miyazaki Hayao and Studio Ghibli’s Spirited Away is the only Japanese animated feature to win an Oscar. Kunio Kato’s “La Maison en Petits Cubes” won in the Best Animated Short Film category at the 81st Annual Academy Awards in 2009.

The Tale of the Princess Kaguya is based on the famous Japanese folktale Taketori Monogatari (The Tale of the Bamboo Cutter), which centers on a princess named Kaguya who was discovered as a baby inside the stalk of a glowing bamboo plant.

Nominee statement from director Isao Takahata
“We are deeply honored that the Academy has chosen to nominate The Tale of The Princess Kaguya for the Academy Award for Best Animated Feature Film. I would like to express my sincere gratitude to the members of the Academy. I thank everyone who has contributed to the film’s success in US as well as those who saw the film and gave it high recognition. I also thank the many people who worked on this film.”