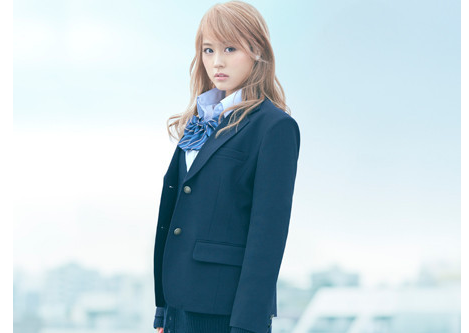 Arimura Kasumi debuts her new blonde look for the movie “Biri Gyaru”. Arimura dressed in a mini skirt, 20 cm above the knee, and wore sharp and crisp eyeliner, false eyelashes and vivid pastel colors on her fingernails. She plays high school student Kudo Sayaka who sports a blonde hair and has an affinity for “gyaru” fashion. So far, Arimura has had an innocent image and the role will help break new ground for her as an actress.

Tsubota (Ito Atsushi) is a teacher who based his novel on the experiences of one of his pupils, a 2nd-year high school student named Kudo Sayaka (Arimura Kasumi) with blonde hair and an affinity for “gyaru” fashion. Kudo made it through middle school and her first two years of high school without paying any attention to her studies, which led to her being near the bottom of her class. However, a lecturer at a cram school recognized her intelligence was far above average in spite of her outward image and helped her get set on the path of academics. Within one year, she had her sights set on getting accepted to Keio University, one of Japan’s oldest and most prestigious institutions of higher learning. 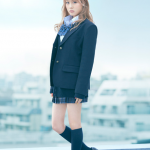 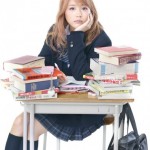 (via Model Press)
Posted by Reileen