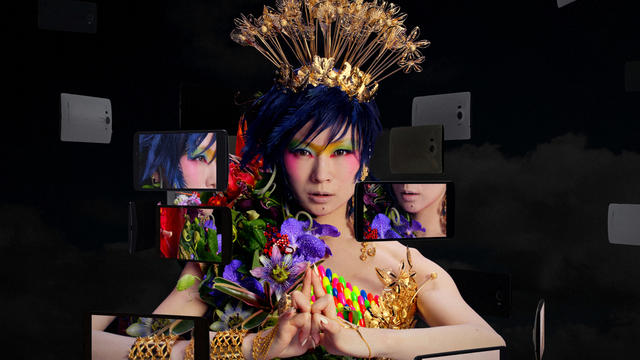 Late last year, Shiina Ringo appeared in a commercial for LG’s “isai VL” cellphone, with her song “Chichinpuipui” as the CM song. She now has a new CM for the company. This new one is for the “isai vivid” model. It features a new song titled “Kamisama, Hotokesama.” The song features Mukai Shutoku of the band ZAZEN BOYS. He also narrates the commercial. In the CM, Ringo can be seen wearing an outfit composed of brightly colored flowers, vivid makeup, and a crown. Multiple smartphones swirl around her, showing off their technologically advance cameras and screens.

The commercial hits television screens on May 29. No word yet on when “Kamisama, Hotokesama” is to be released. Check it out after the jump!