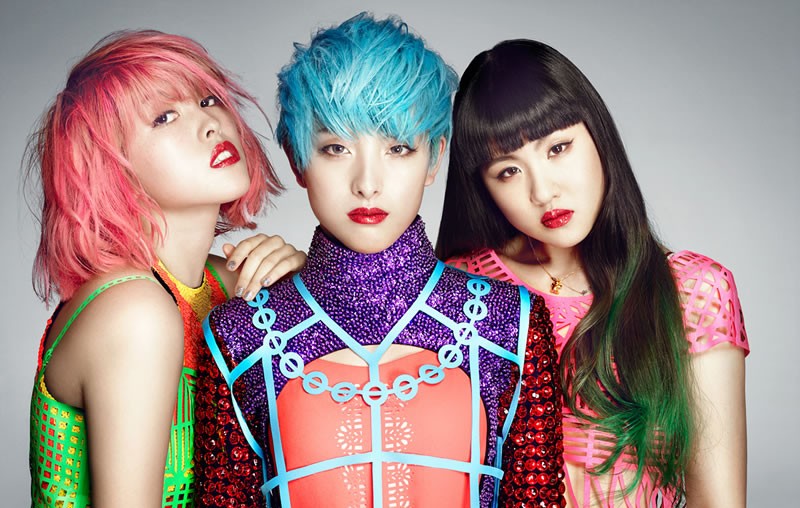 The final round for the audition ‘POP ICON PROJECT TOKYO’ was held in Tokyo late last year with the goal “to discover artists that transmit the charms of Japanese pop culture.” It was organized by internationally renowned fashion director Nicola Formichetti, a frequent collaborator with Lady Gaga and former artistic director for Mugler, with intent to debut the winners as a new girl group under Nippon Columbia.

The open audition brought in 2000 applicants which were then cut down to 55 for the first round, 13 for the final round and just three of them were selected as the winners.

Natalie reports that their name is ‘color-code,’ inspired by the universal character strings used on webpages to communicate that they’re a “group that representations various colors.”

Meet the members (from left to right in the picture above)

Their debut track ‘I LIKE DAT’ is a dance tune co-produced by VERBAL (m-flo) and Nicola himself. The single will also include the tofubeats-produced coupling song ‘Break my Heart’ and a remix of the title track by DJ NUCKY of top DJ collective ‘The Heavy Hitters.’

They will make their first appearance together performing September 6th at the Saitama Super Arena for ‘TOKYO GIRLS COLLECTION 2014 AUTUMN/WINTER.’

Their single ‘I LIKE DAT’ goes on sale September 17th.