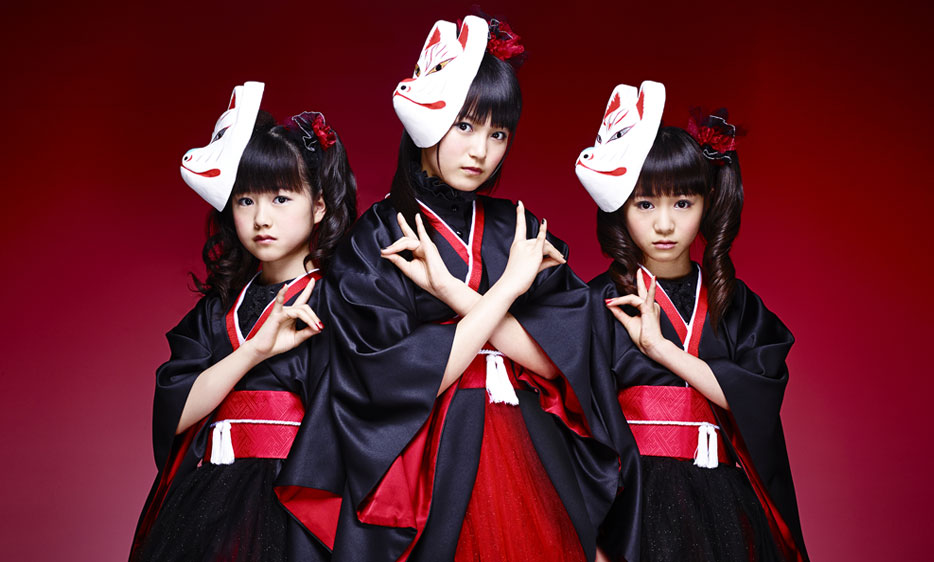 The Japanese music scene has always received a great amount of attention from other countries. This attention is not only from fans, but from news outlets and celebrities as well. While many artists will perform a few shows here and there, female idols in particular have seen a steady increase of various overseas activities. Many different idol groups are popular at Japanese themed events, such as anime festivals, but they have not yet been successful in breaking into the actual American music market.

However, due to the impact and popularity of BABYMETAL‘s new music genre, “cute metal“, they have participated in a wider range of events. Just earlier this month, they have performed at a UK rock festival, Sonisphere. They are currently touring Europe and USA, then will continue to open a few shows for Lady Gaga and finally, perform at HEAVY MONTREAL, a metal festival.

The AKB48 family has also exported their groups overseas. At the moment, their sister groups include JKT48 from Indonesia, SNH48 from China and possibly TPE48 from Taiwan (though it’s presumed to be scrapped).

So, let’s explore the reasons as to why this expansion is happening right now. The Business Journal and CuteStrategy present 4 different points and analyses them from different angles.

1) The domestic market is in decline

Actually, the market in Japan for female idols has already passed its peak and is slowly approaching its decline. The decline is expressed through different aspects. Whether it be CD sales, concert attendance, number of search results or online video views. Lesser popular groups suffer from this more the others and their higher ups are frantic over the numbers. Some have suggested that the solution to the problem is to shift their activities to foreign markets. The groups and agencies have a higher chance of acquiring a return that is disappearing due to the deteriorating market.

Cool Japan is a name that the Japanese government has been using while exporting the culture overseas. This includes the “kawaii (cute)” culture, Japanese food, fashion and anime. Recently they have also started to include idols into the mix.

There are two major advertising companies. Dentsu Inc. is a corporation that joins idols and business together. They are currently the biggest and greatest back up for the Cool Japan movement. Their specialty is mass production, and they are very close to AKB48’s company.

The other is ALL BLUE.inc, a venture business born from Hakuhodo Inc.. They have an approach that differs from Dentsu. Their services include news distribution, goods sales, fan letter translations, and fundraisers for concerts, which are all aimed for overseas fans. Their Facebook page for “Tokyo Girls’ Update” already has 550 000 Likes.

3) Dealing with piracy and distribution through video sites

It’s no mystery that the music business around the world is suffering due to illegal uploads. Idols have been able to find a secure mean to rise their earnings through “real business”. This includes their photo/handshake events, goods, lives, anything that comes in contact with fans.

In other words, idols have taken off the importance of eanings from digital contents, such as CDs and MVs, and moved onto the “real” earnings. The digital contents are instead used as a way to promote their “real business”. Since idols are about their appearances and costumes, not only their music, uploading their videos onto YouTube is a great way for people around the world to know about them. YouTube also acts as a community for fans to share their dance or vocal covers of their favourite idol groups.

At the end of 2012, Abe Shinzo became the current Prime Minister of Japan. Many changes in monetary policies have also occured since, and the Japanese Yen that was once very strong against the American Dollar took a bad turn and became weak. At the end or 2013, 1 USD was worth around 105 JPY. Currently, it stands around 101~102 JPY.

Since the yen may suddenly lower or rise up stronger again sometime soon, this may be why companies such as Amuse or the AKB48 groups have created subsidiaries and groups overseas. Both methods are a relatively cheaper investment.

As you can see, there are many different reasons for the activity expansion of Japanese idols. Do you agree or disagree with these points? Do you have other ideas as to why this movement is happening? Please tell us what you think in the comment section!

Thank you to Sandreen for sending in the tip.