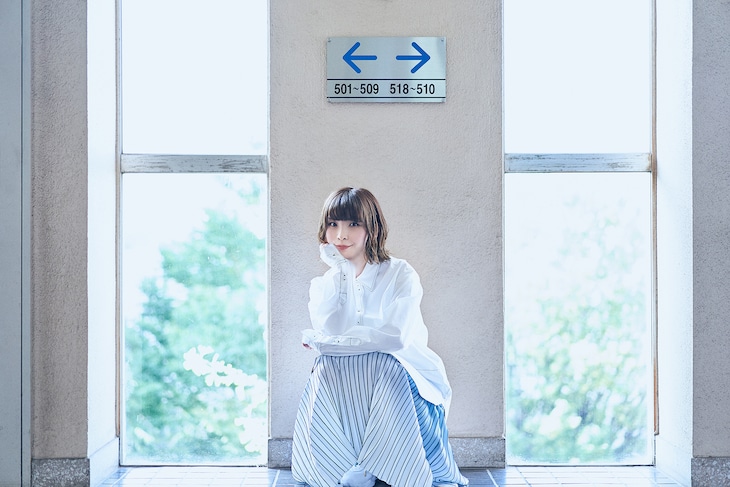 Singer/songwriter Sachiko Aoyama, who rose to fame as the frontwoman for electronic/rock band Negoto, has announced that she will be releasing her first CD as a solo artist this month. The EP, titled “Maboroshi”, will be sold at Aoyama’s live shows starting on November 12th; no details regarding a wider release have been made available at this time.

“Maboroshi” will include six tracks in total, among them the band-influenced “Vanilla” and popular crowd pleaser “Seventh Heaven”. Scenarioart’s Kousuke Hayashi played a major role in the record’s creation, participating in both the arrangement and recording processes.

You’ll find a trailer, as well as the cover and track list for “Maboroshi” right after the cut.