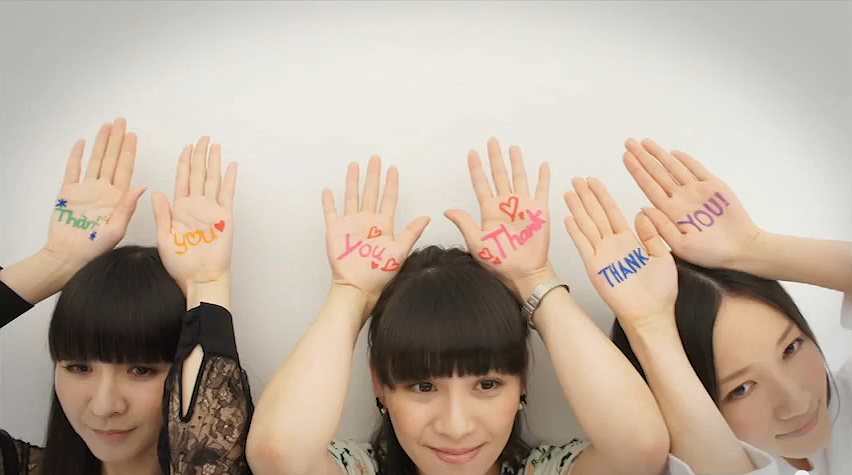 Electro-pop trio Perfume have recently released the completed version of their first-ever lyric video for the song “Hold Your Hand”. The video features each word of the lyrics written on the hands of various staff members, fans, and Perfume themselves, and was finished after collecting hundreds of photo submissions from fans worldwide who wanted a chance to be in the video. Watch it below and let us know what you think!

“Hold Your Hand” is one of three B-sides on Perfume’s recent single “Cling Cling” and was used as the theme song to the NHK drama Silent Poor earlier this year.