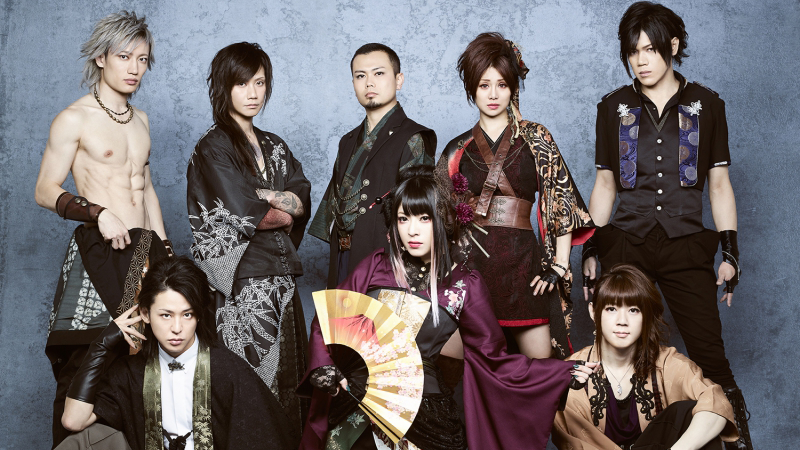 On March 22, Wagakki Band will release their 3rd album, with the title to be announced later. The group is famous for their blend of rock and traditional Japanese music and previously for covering Vocaloid songs. The upcoming album will focus on the group’s original material and include the singles released in 2016, namely “Strong Fate”, “Valkyrie” and “Mirai”/“Kishikaisei”, along with 12 new songs (13 for the limited edition).

The group’s vocalist, Yuko Suzuhana, who released her debut solo album, “Cradle of Eternity“, in November 2016, comments that “they did not expect to record so many songs and that she feels like the compositions are something only Wagakki Band could come up with”. Check out the extensive tracklist and one of the music videos below.

She also adds that group strives to offer new experience for the fans, unlike that of the previous albums, and that the new album will help them discover “the Japan they have been looking for”.