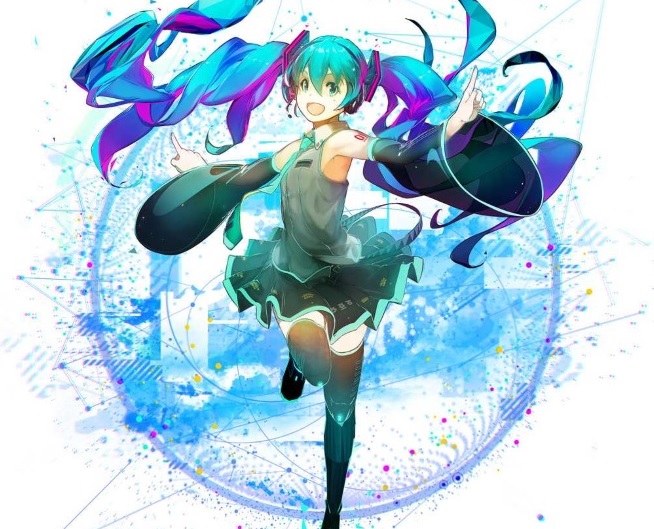 Virtual pop star and Vocaloid Hatsune Miku will meet mainstream American via a live performance at “The Late Show with David Letterman” on October 8, through the use of cutting-edge projection technology. Miku last performed as the opening act for Lady Gaga’s ArtRave: The Artpop Ball tour, which ran from May 6 to June 3.

The performance comes as part of “Hatsune Miku Expo,” a worldwide event which begun in Indonesia earlier this year. The cyber idol will be bringing her concerts to New York and Los Angeles with four performances. Her Los Angeles concerts will be held on October 11 and 12 at the Nokia Theatre. The New York show will be held at the on October 17 and 18 at the Hammerstein Ballroom.

AnimeHerald notes that while Hatsune Miku has made western appearances previously, such as concerts and events at New York Comic Con, these were more geared towards younger audiences. Her appearance on The Late Show will mark the first time that the virtual idol has to deal with older, more conservative viewers as the typical audience for The Late Show is middle-aged, with 75% of the demographic being made up of viewers aged 45 and over. As it is a new market for Hatsune Miku, it will be interesting to see how audiences react to the cyber idol.

Arama, what do you think of Hatsune Miku’s western expansion?

The Hatsune Miku 3D live show is a new form of entertainment. The 3D live show features a live band along with the projected virtual singer, who thanks to groundbreaking technology is made to appear as if she was actually on stage, performing popular songs issued from the community.

Hatsune Miku began as an avatar music software designed to give creators the ability to produce original music with her synthesized voice. Hatsune Miku initiated a worldwide open forum gathering thousands of songs – 110,000+ released to date attracting over 88 million hits on YouTube and two Top 10 Singles – plus thousands of illustrations and videos featuring her character.