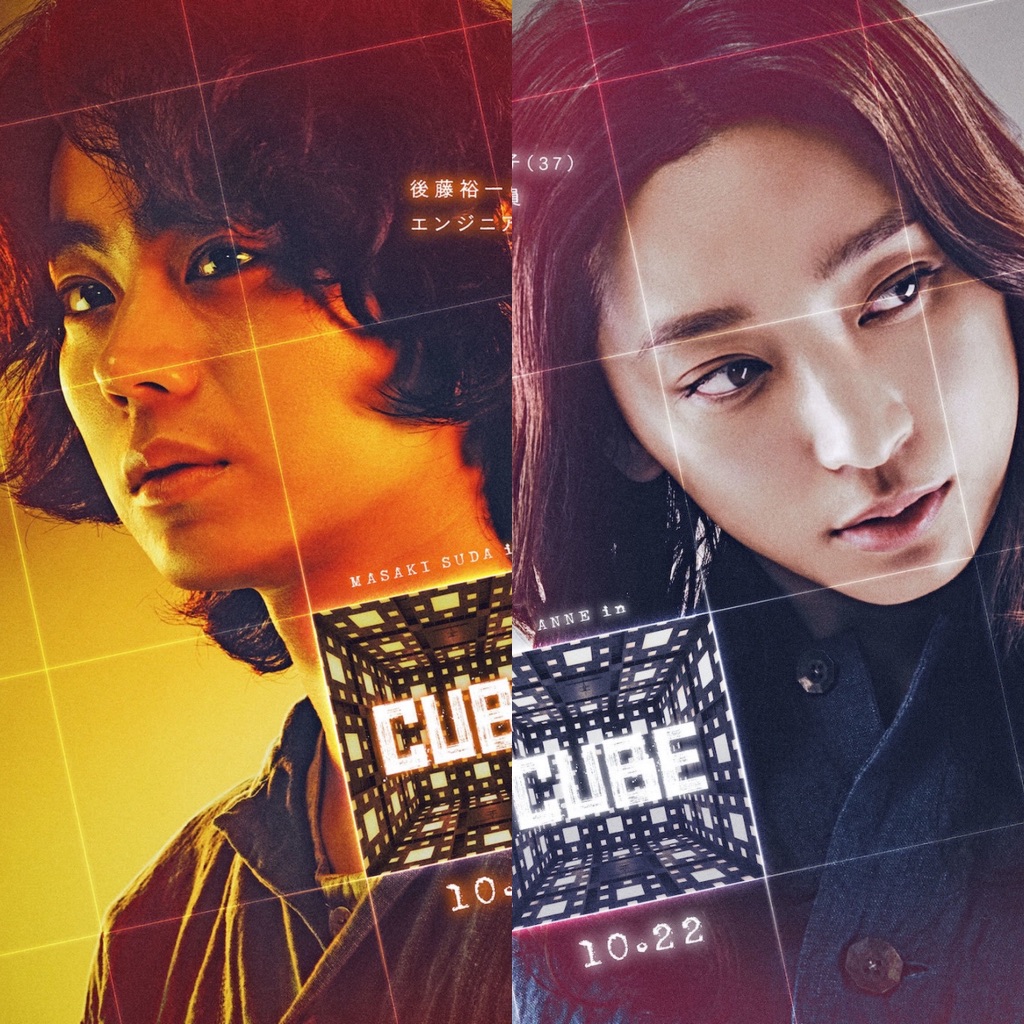 Masaki Suda has been cast in the leading role for the upcoming remake of “Cube”. Supporting him is Anne Watanabe, Masaki Okada, Hikaru Tashiro, Takumi Saito, and Kotaro Yoshida. Filming began in October 2020 and concluded the following month in November.

This is Anne’s first film role in 5 years, her last being 2016’s “Golden Orchestra”. Since divorcing her cheating husband Masahiro Higashide, Anne has increased her activity in the acting world again. The original Cube is a Canadian horror film released back in 1997. Released to moderately positive reviews, through word of mouth the film grossed 9 million at the box office against a budget of 350k. As time went on the film entered into cult status.

The plot of the Japanese version stays quite true to the original. Six strangers find themselves locked in a mysterious cube shaped room. They have no idea why they’re all locked in the room but desperately try to escape. Disaster looms for them if they’re unable to decipher the cube and escape.