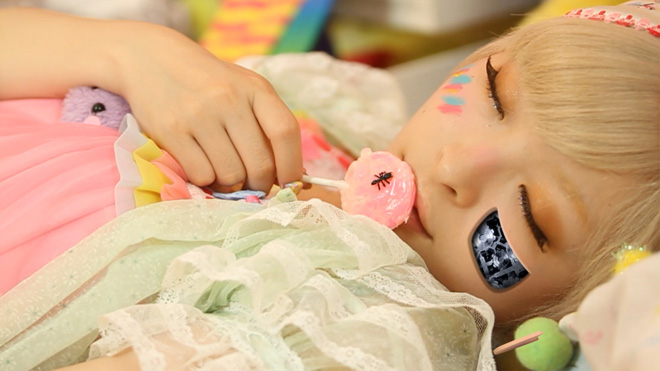 Last month it was announced that a new film starring Kyary Pamyu Pamyu based on her TV program will be released to 70 Aeon theaters nationwide on June 12th.

The upcoming film ‘Kyary Pamyu Pamyu Cinema JOHN‘ was shot with a small crew in Japan, Germany and France in April of this year. It reshoots popular scenes from her show ‘Kyary Pamyu Pamyu TV JOHN!’ and arranges it into a crazy storyline that you would expect from the Harajuku singer. Kyary herself describes it as “a fantasy film with a good message and ASOBI (her management) sensibilities.” Her show has been broadcast on MeTV since 2011 so she definitely has tons of source material to work with.

In the film, a shocking rumor is spread while on her ‘NANDA COLLECTION WORLD TOUR 2014‘ that Kyary is not a human, but actually a robot. When she returns to her home in Japan, she’s shocked by her newly realized identity and does some surreal soul searching to find herself. Do robots even have souls?

The one-minute trailer reveals small portions of the movie, showing KPP in despair, a group of little girls that are following her, a secret society and an extremely uncomfortable Caucasian man who calls the singer “KPP129.”

A toy robot has been developed in celebration of the film. It uses the softest materials available to embody Kyary and features external intestines. I don’t know…just look at it and be a  little disgusted. 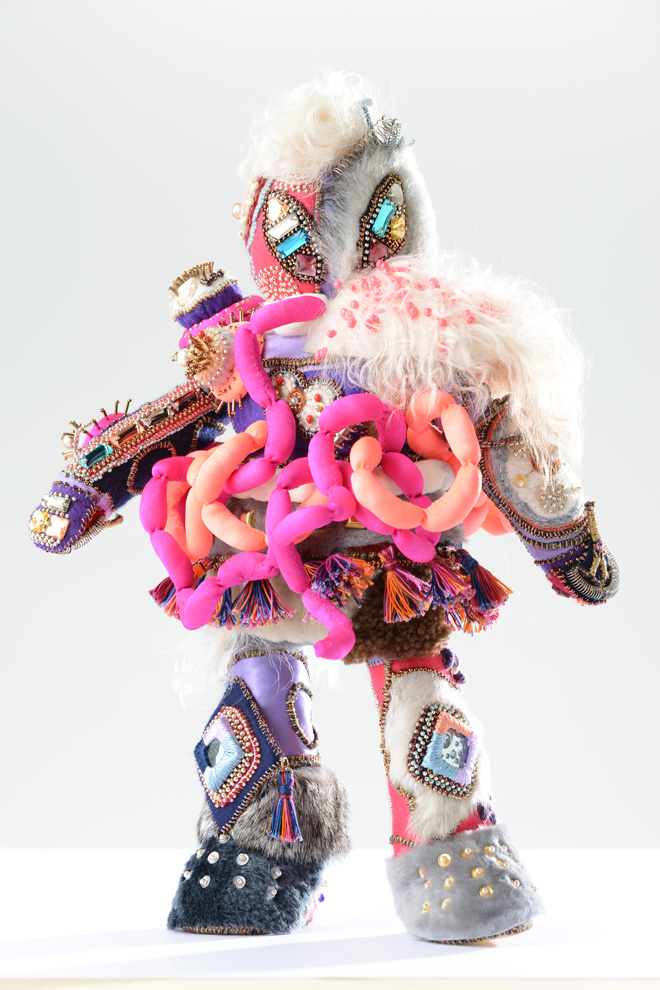 More information is available on the film’s official website.