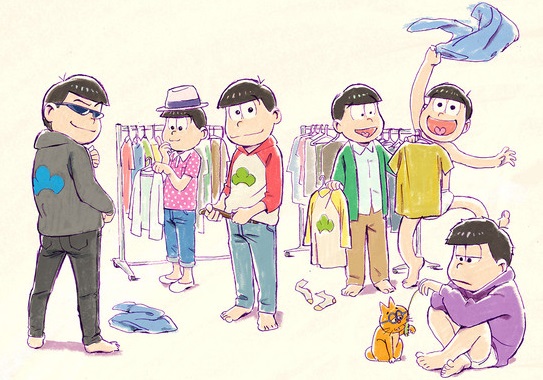 Can you hear that?  That faint noise coming from the distance…  Sorry, that’s just my screaming from the announcement of Osomatsu-san season 2!

The announcement was made during the Osomatsu-san Spring Nationwide Big Selection Screening Festival during the showing of a new short episode.  The official website has also been updated to feature official artwork and the comments from cast and staff.

Osomatsu-san is the sequel of Osomatsu-kun designed to celebrate the 80th birthday of original creator Fujio Akatsuka.  The gag-comedy series follows the daily life of the now grown Matsuno sextuplets and their crazy adventures with even crazier characters.  The first season of Osomatsu-san aired from fall 2015 to winter 2016 and resulted in phenomenal  success in Japan.

As we welcome the return of our favorite NEETs, the cast and staff will also be reprising their roles for the second season.

If you have not yet seen the first season, then I definitely recommend it!!