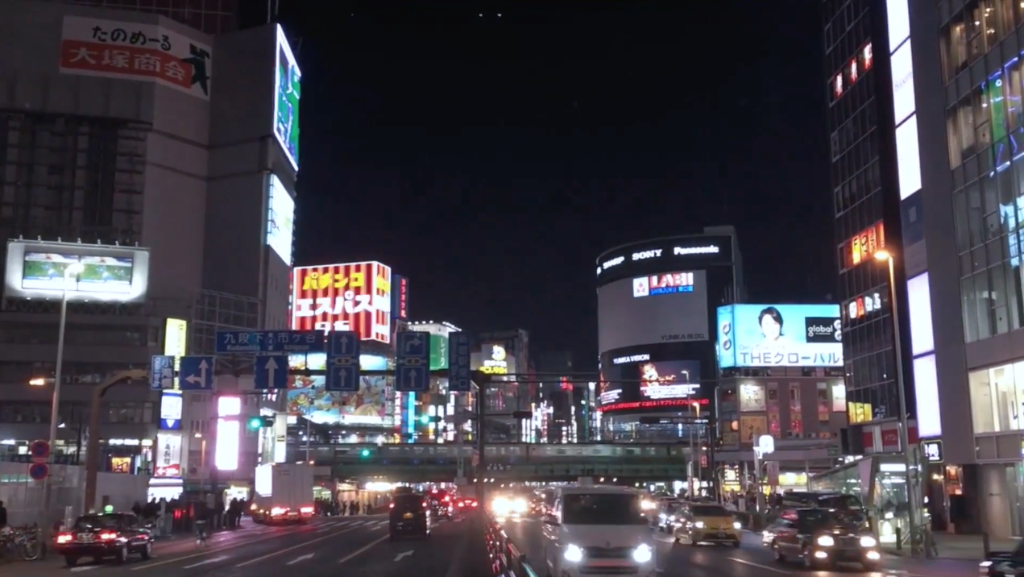 Electronic outfit Have a Nice Day! just released the Music Video for “Fallin Down“, the group’s first track since last year’s acclaimed record “The Manual (How to sell my shit)“, released via Virgin Babylon records.

The track sticks to the formula that made the group’s previous works stand out in the Indie scene, featuring high-pitched synths intertwining with tight rhythmic sections, smartly balanced by melancholic bass lines and digitally-altered vocals that add a pleasant vibe to the package. Despite being a pretty straightforward number, each section is marked by subtle twists that add bits of different influences here and there, an approach that keeps the group’s trademark sound in “Fallin Down” constantly fresh and interesting.

The MV is a collage of videos shot by night in the most famous spots of Tokyo’s Shinjuku district (home to the band’s frantic live performances, also represented here), and it fits the mood of the track perfectly.

Be sure to catch the new Have a Nice Day! MV for “Fallin Down” after the jump, and let us know what you think about it in the comments!