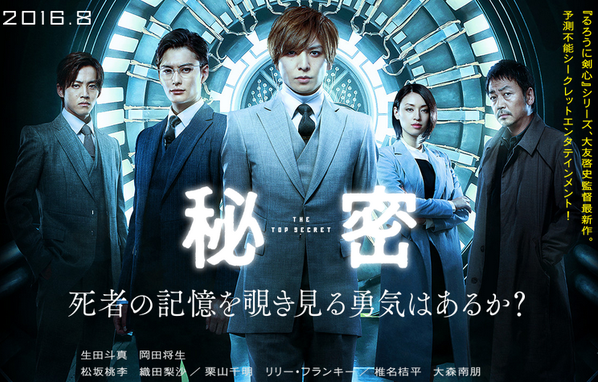 Ikuta Toma will be starring in the movie “Himitsu – The Top Secret” to be directed by Otomo Keishi. The movie is based from Shimizu Reiko’s manga serialized in the comic magazine “Melody”. “Himitsu – The Top Secret” is a psychological thriller about National Research Institute of Police Science’s 9th Forensics Laboratory aka “ninth” where elite investigators uses a special type of MRI to view the memories of the deceased person, which can help the the investigators in solving the mystery behind their bizarre death.

Ikuta plays the role of Maki Tsuyoshi, the ninth‘s Chief with a genius brain who suffered from a trauma. He will be joined by Okada Masaki who will play the role of Aoki Ikkuo, the rookie investigator at ninth. This will be the first time for both actors to work together again after “Hanazakari no Kimitachi e” Special in 2008.

Visuals and teaser trailer for the movie were already released. The movie is set to hit theaters on August 2016.

The rest of the cast include Chiaki Kuriyama as the medical examiner Miyoshi Akiko, Omori Nao as the hot-blooded detective Manabe Shunsuke. Nao’s role has been created specifically for the movie and has not appeared in manga and anime. Matsuzaka Tori will play as Maki’s bestfriend, Lily Franky as a psychologist, Shiina Kippei as a murderer, Ookura Koji and Kinami Haruka as part of the investigative team, and Hirayama Yusuke as the Deputy Chief of the ninth.

Model Oda Lisa is cast as the heroine, Kinuko Tsuyuguchi. The role also serves as her acting debut. 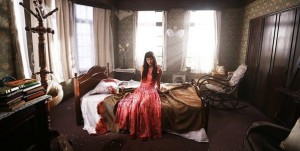 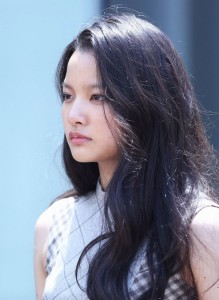 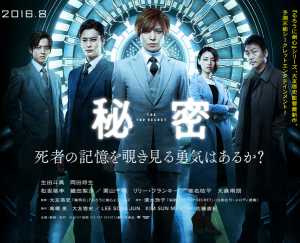