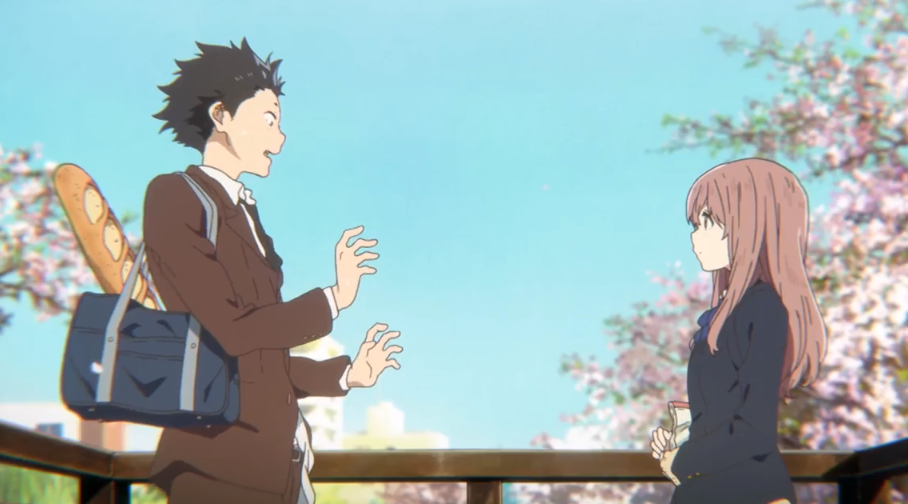 ‘Your Name’ wasn’t the only wildly successful anime film to come out in 2016.  ‘A Silent Voice’, based on the manga of the same name by Yoshitoki Oima, earned 2.3 billion yen in domestic theaters and ended up being 19th highest-grossing film last year, according to ANN.

The beautiful film depicts the bullying disabled children sometimes face at school. Shoya used to bully relentlessly the deaf female lead Shoko at elementary school. When they meet again at high school, Shoya attempts to make amends for her.

Eleven Arts is bringing this Kyoto Animation film to US theaters on October 20th. The distributor released an official English-subtitled trailer at the end of August. The trailer has created quite a buzz online, as several fans have pointed out the fansub-like translators’ notes in the trailer and even some vague word-choices – if the lead characters never were friends to begin with, can they “refriend”?

Watch the trailer behind the link.