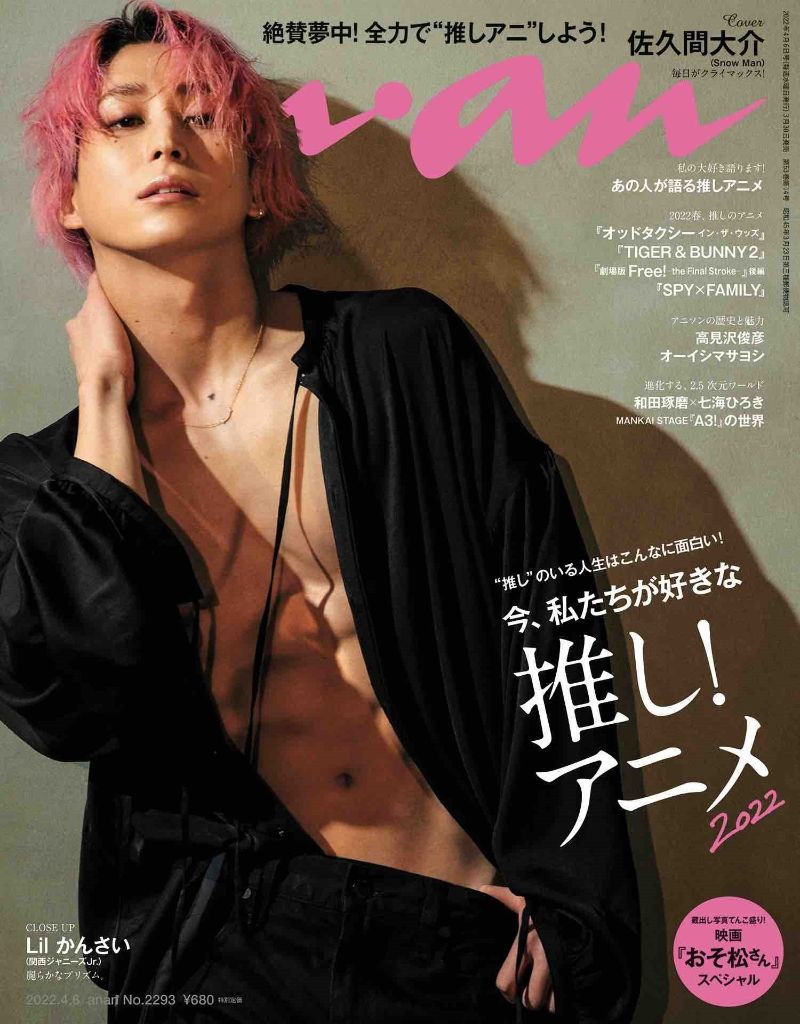 Daisuke Sakuma of Snow Man is the cover boy for anan issue #2293, out March 30. This issue marks the first time that Daisuke has appeared on the cover by himself.

This issue has a special feature with the translated title of “Now, Our Favorite Recommendations! Anime 2022”, so who better to be on the cover than Daisuke, Snow Man’s resident otaku. The cover and accompanying gravure shoot sees him posing as an anime hero. Daisuke also talks anime love inside the magazine.

Check out Daisuke’s cover below!